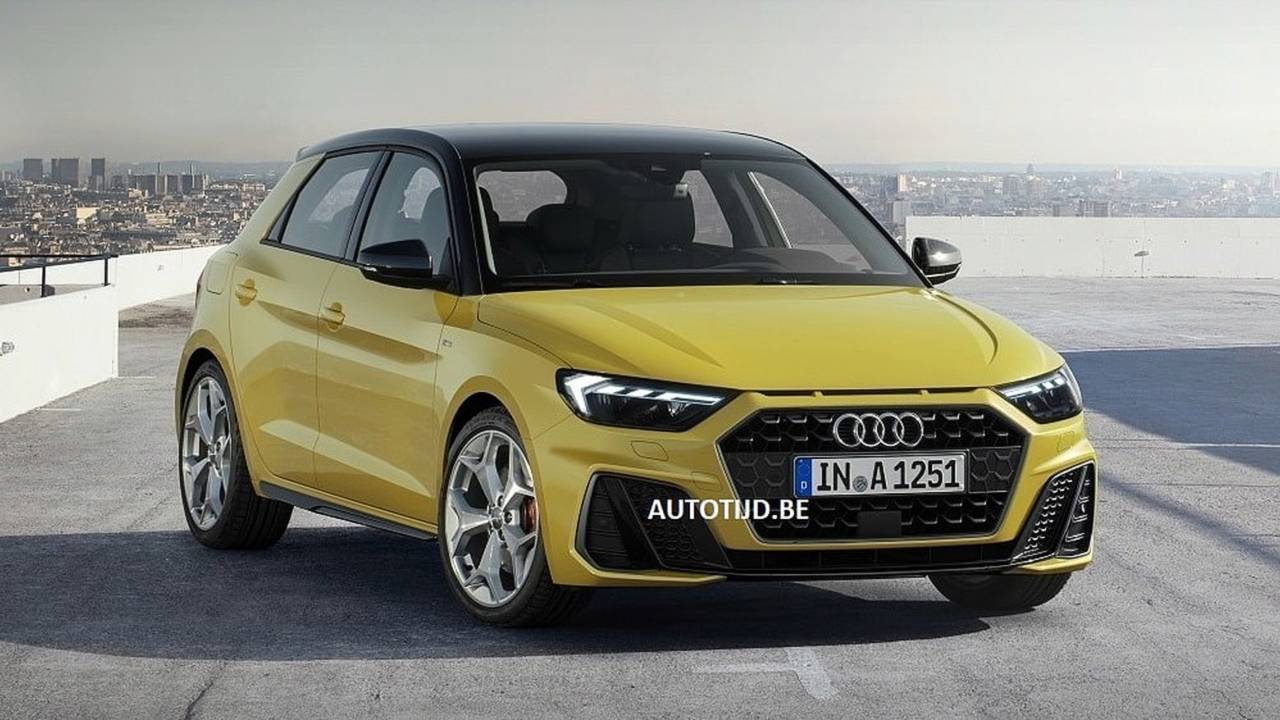 Looks like someone could be getting fired for breaking the embargo.

Audi’s teaser campaign – which we’ve faithfully followed – for the new A1 has been rendered useless as someone anxious to show the revamped supermini has published more than 10 official shots earlier than originally scheduled. All of them are showing the Sportback model to reconfirm the next generation of Ingolstadt’s smallest car will be offered only in a five-door body style.

Overall, the styling represents a nice evolution from the outgoing A1 and gives the premium hatchback a sportier look enhanced by the beefy side intakes of the front bumper and the honeycomb pattern of the grille. The two-tone look suits the car quite nicely, while the dual exhaust tips at the back appear to be the real deal unlike other recent Audis…

Featured in the teaser campaign, the yellow car is the top-spec S Line version in the “40 TFSI” guise and that means it comes with an engine developing anywhere between 167 to 201 horsepower (125 to 150 kilowatts). With Audi confirming the most powerful A1 will pack 200 hp, it likely means the B-segment hatch has a 2.0-liter TFSI shared with the VW Polo GTI where it develops 200 hp and 320 Newton-meters (236 pound-feet) of torque.

The gray car is a lesser specification of the A1 and carries the “35 TFSI” badge some owners will probably remove from day one. According to Audi’s controversial new naming scheme, underneath the hood there’s an engine pushing out 147-160 hp (110-120 kW). An educated guess would be the 1.5-liter TFSI Evo with 150 hp and 250 Nm (184 lb-ft).

In terms of the interior cabin, it’s obviously much nicer than that of sister models such as the VW Polo and the SEAT Ibiza. It boasts the Audi Virtual Cockpit and a MMI Touch infotainment system nicely integrated into the center console (no more tablet-styled screen). Although technical specs are not available, we strongly believe the wheelbase has been stretched to free up more rear passenger legroom. As a result of the possible bump in size, the trunk should also be considerably more spacious.

The official premiere of the 2019 Audi A1 Sportback is scheduled to take place on Wednesday.