A little bird has told us it will debut on Wednesday.

Audi’s teaser campaign for the A1 has reached its fourth episode and just like the first one, it allows us to catch a glimpse of the supermini’s revamped cabin. While in the inaugural teaser we saw the generously sized MMI Touch infotainment system, the latest GIF reveals a small section of the all-digital Audi Virtual Cockpit as well as the steering wheel’s design. 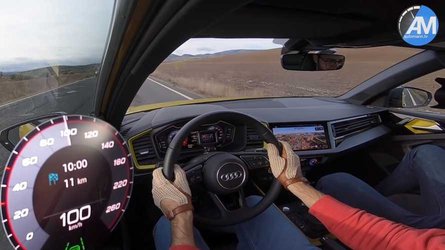 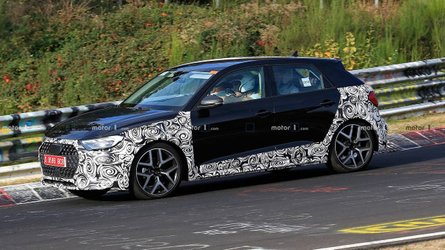 Just like before, the version being featured here is a very yellow A1 S Line and it’s safe to assume it has all the possible bells and whistles, including the Bang & Olufsen sound system as evidenced by the door-mounted speaker. With only two pedals, it means the posh hatchback teased here had the optional automatic transmission. Yellow accents spread throughout the cabin come to complement the exterior finish and it looks like the girl’s nail polish is matched by a thin accent strip on the dashboard.

Audi is being coy on details for the time being, but we do know the A1 will have up to 200 horsepower, likely coming from the Volkswagen Group’s four-cylinder 2.0-liter TSI engine as seen in the latest and greatest Polo GTI. The Four Rings have also promised a new suspension, but without providing any additional info regarding what that may be.

The lengthy teaser campaign will come to an end on June 20 when Audi will take the wraps off the all-new A1, quite possibly only in the five-door Sportback specification. An S1 could follow as early as 2019 for those in need of more Ingolstadt oomph from Audi’s pocket rocket. We certainly wouldn’t mind seeing an RS1 to act as a spiritual successor of the bonkers A1 Quattro limited edition from 2012, but it’s only wishful thinking at this point.