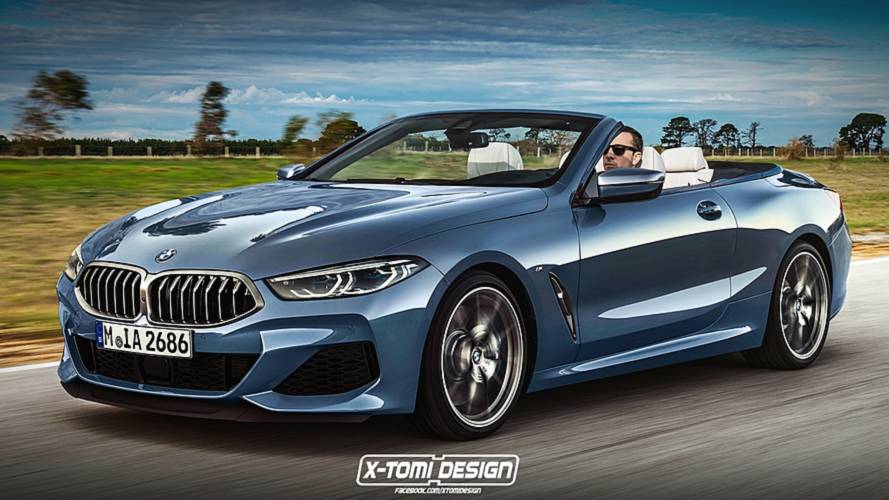 The Convertible will soon become a reality.

Now that the revived BMW 8 Series is officially out, it’s only a matter of time to see its convertible version. This will happen, most likely, before the year’s end, but until then we have a plausible rendering to preview it, plus an interesting bonus.

Future Of The 8 Series

The shared underpinnings with the hard top also mean the same powertrains will be offered. Simply put, at least initially, the car will be available with a revised 4.4-liter biturbo V8, generating 523 horsepower (390 kilowatts) and 553 pound-feet (750 Newton-meters), or a 3.0-liter biturbo inline-six diesel with 315 hp (235 kW) and 502 lb-ft (680 Nm) of torque. Both motors are mated as standard to an eight-speed automatic gearbox and will eventually be joined by a full-blown M variant.

The Convertible will be the second member of the resurrected 8 Series family, which will also be joined by a more practical and stylish Gran Coupe four-door coupe-sedan. While it was previewed by a concept in Geneva this year and we pretty much know everything about its design, another rendering by X-Tomi proposes a fourth model in the 8 Series lineup – a shooting brake.

Unfortunately, at this point we haven’t heard anything from the Bavarian manufacturer about such a vehicle, but, theoretically, it would be a nice addition to the range. It mixes the aggressive front end of the 8 Series Coupe with a long, flat roofline and a stylish rear hatch. Just imagine a big V8 under the hood, or even a V12, and you could be driving an absolute one-of-a-kind beast wagon.