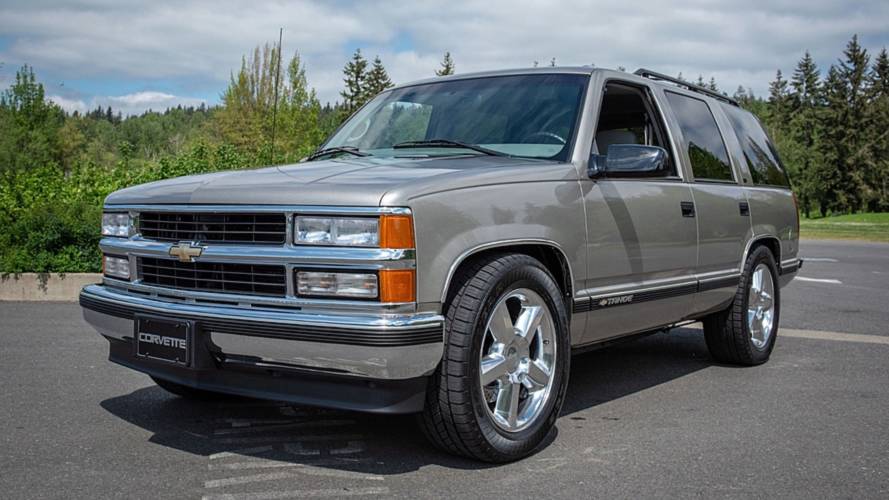 This is one crazy build that could have easily sold…but didn’t.

Have you ever seen a classic build that you thought was so hot, you actually wanted to see it being sold to anyone? If you’ve spent so much time visiting online auctions like Bring a Trailer, you would know what we mean.

Like in this instance, a 1998 Tahoe was put up for sale at the online auction site. At first glance, the listing looks like a mundane one – just another 20-year-old truck that’s in pristine, almost flawless condition. However, the title of the listing included three alphanumeric characters that sounds eerily familiar: LS9.

LS9 is the crate engine offered by Chevrolet, which was originally seen in one of greatest sports cars in the U.S. – the Corvette, particularly the C6 ZR1. It can spew out 638 horsepower and 604 pound-feet of torque, all coming from its 6.2L supercharged powertrain.

So, yes, the Tahoe has been installed with an LS9 engine from the Corvette. It’s an unbelievable build and the owner knows about it, even joking that nobody believes him until he pops up the hood. And in case you’re wondering, the Tahoe can do burnouts, too. Crazy. It’s like a 1998 version of the Jeep Grand Cherokee Trackhawk a.k.a. the quickest way to be the coolest parent in a school parking lot.

According to the comments on the listing, it looks like the seller was asking more than $100,000 for this build. That’s not the exact price, though, but we’re basing it in his remark that he had spent more than that amount to put up this project. That explains why highest bid for the car, which was $43,000, didn't meet the requirements of the seller. Too bad.

The specification list follows, but truly is just an executive summary of the incredible work and invoices on this truck: