Mercedes GLE Coupe Rolls Over In A Roundabout

The driver’s world turned upside down.

Physics is something that you wouldn’t want to mess around with. Terms like center of gravity, torque, and weight might be boring for some, but these are important considerations when designing a car, especially one that has a relatively high ground clearance. Well, weight is important for everyone I guess, but I digress.

Take this AMG GLE 63 Coupe for example. This Mercedes fastback SUV or coupe SUV or a pumped-up-four-door coupe (or whatever you want to call it), did a rather dangerous “stunt” in a roundabout. It did a roll over in a public street, maybe because a) the driver wanted to test if the car can do it, b) he saw a girl and she turned his world upside down, or c) “turtling” is a new thing these days. The thing is, the roll over was unintentional – at least that’s what we think.

In a series of unfortunate events: 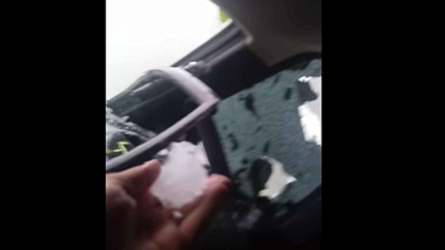 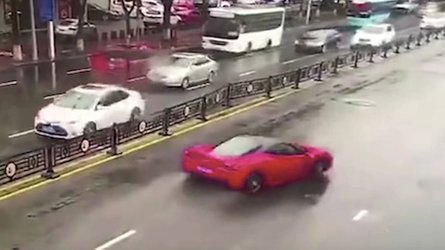 What’s surprising is that the GLE Coupe wasn’t even that fast when it was turning at the sloped roundabout. We figured he must just be running 20 miles per hour, and at that pace, that couldn’t have been dangerous. But what do we know? We’re no Physics experts here. It did happen, and it wasn’t exactly a great day for the driver.

Reddit users were quick to react about the video, saying that the roundabout was located in France, and that the car was just rented for a wedding, with a $2,324 (2,000 euros) “caution” deposit. Guess the renter would need to bid goodbye to that money. Oh, the irony.

The discussions on the Reddit thread were also interesting. Some said that it’s the driver’s fault, and that’s what will happen when you disable ESP before “doing something stupid.” Others blamed Mercedes and pointed out that it’s a flaw in the GLE Coupe’s design.

If you ask us, we’re not entirely sure, too. What we’re sure of is that whoever has seen this video would be careful in roundabouts moving forward.