Buemi to make way for Ricciardo debut in 2011? 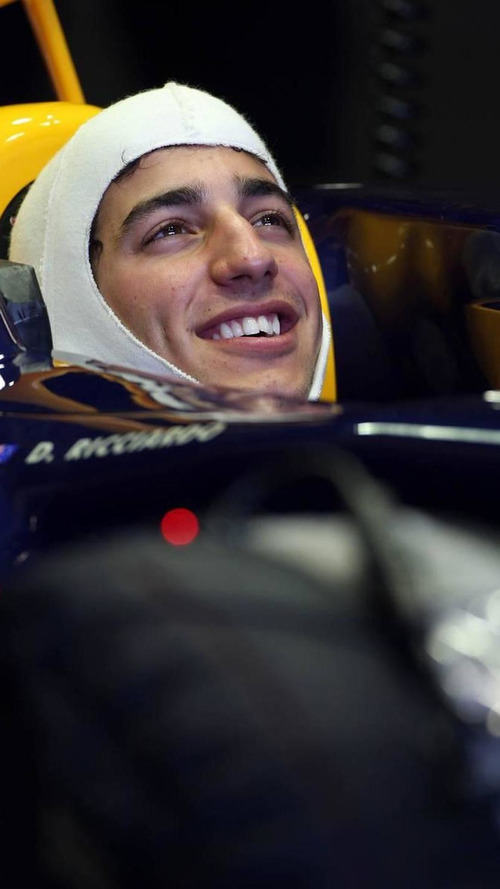 A race cockpit vacancy might soon open up at Toro Rosso.

A race cockpit vacancy might soon open up at Toro Rosso.

The pair have been confirmed for the 2011 season, but there was earlier some confusion as to whether both Buemi and Alguersuari will ultimately line up on next year's grid.

The Toro Rosso lineup is now once again the subject of speculation, after the leading driver of Red Bull's current crop of up-and-comers - Australian Daniel Ricciardo - so impressed with his pace in the RB6 in Abu Dhabi last week.

The 21-year-old's programme for 2011 has not yet been decided, but neither Ricciardo nor his boss Dr Helmut Marko are ruling out a move into formula one.

"Daniel Ricciardo is the next top talent. A new Vettel? I don't know," he added.

Next year, Ricciardo - Red Bull's F1 reserve in 2010 and second in the Renault World Series - might have a chance to prove himself.

When asked to assess the progress of Buemi and Alguersuari in 2010, Toro Rosso team boss Franz Tost hinted that Swiss Buemi, 22, has now had enough time to prove whether he belongs in F1.

On the other hand, Tost said Spaniard Alguersuari has improved "step by step" and "is on the correct path".

When asked about driver continuity for 2011, Tost continued: "Well, you never know what will happen in formula one. Our main priority is building a successful car.

"Regarding drivers and continuity, we will see," added the Austrian.

Gallery: Buemi to make way for Ricciardo debut in 2011?