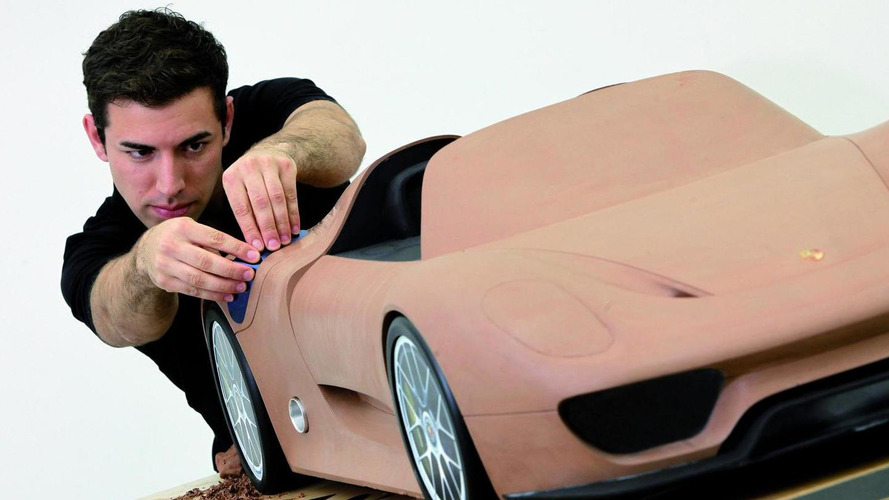 Photo shows designer at work on a 1:3 scale clay model of a 918 Spyder. The mock up also reveals a single, side-fitted exhaust pipe for the 918 supercar.

Porsche has released this teaser image of a designer working on a scaled down clay model of a 918 Spyder. The mock up is 1:3 scale and features a revised front end, hood, quarter panel and single side-fitted exhaust pipe on the right side of the supercar.

The photo was released as part of Porsche's announcement of a €150 million investment in its research and development center in Weissach in the German state of Baden-Württemberg. The money will go into building a high-tech wind tunnel and a new design center.

The photo here of a designer at work on the clay model of the 918 Spyder is meant to evoke the extra space the new design center will have.

Upgrading of the R&D center will also include a new electronics integration facility where Porsche will be developing its state-of-the-art tech goodies, some of which will no doubt go into the upcoming 918 Spyder.