Which one is your favorite red-badged hot hatch?

Ah yes, the Civic Type R – America’s forbidden fruit and a cult classic that amassed a legion of followers all over the world. While it’s regrettable to think that we missed four generations of this legendary Japanese hot hatch (thanks, Honda), the Civic Type R is arguably the best hot hatch out there. But really, which of its five generations is the best car to play around the track with? 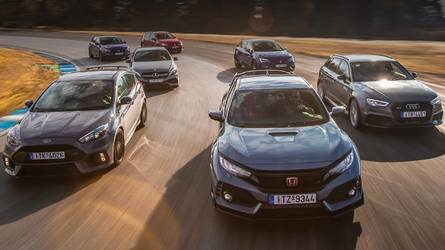 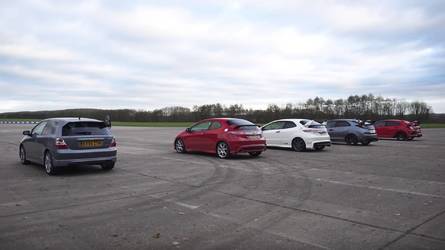 Luckily, Cars.co.za had a chance to gather every generation of Type Rs in a race track in Cape Town, South Africa. The list of codes included the first generation EK9, the EP3 “minivan”, the Euro-released FN2, the 306-horsepower FK2, and the current now-U.S.-available FK8. Even better, the Japan-only four-door sedan FD2 was also present in the lineup. We can’t say we’re not envious of this, but at least we have this video to see how that deathmatch went.

For starters, this isn’t a race to decide which of the cars are the fastest. In that arena, it’ll be more likely that the fifth generation will come out on top because of technological developments and you know, more horses under the hood. Instead, the gathering is a comparison as to which of the Civic Type Rs is the best to drive in, or the most fun, to say the least. 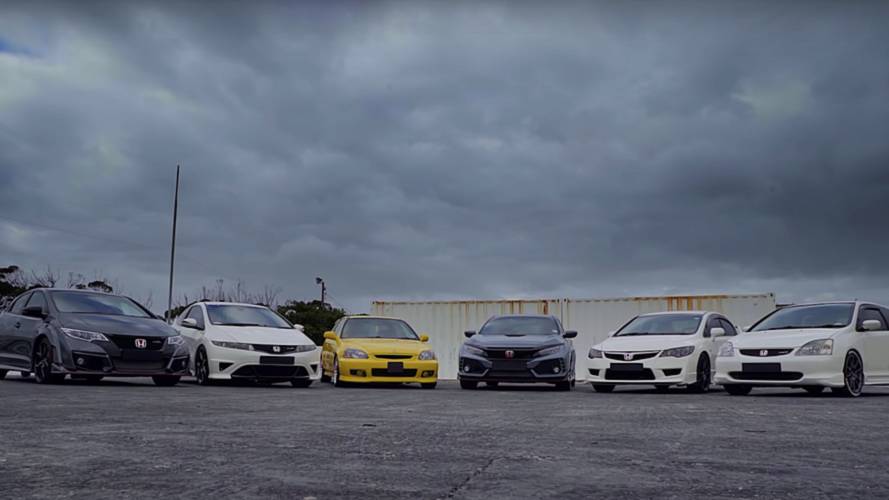 It’s important to note that the first three generations of Civic Type R are naturally-aspirated, as opposed to the turbocharged FK2 and FK8. While the presenters Ciro De Siena and Ernest Page had different verdicts at the end of the video, both had a peculiar choice among the naturally-aspirated ones. Well, that one’s a real sleeper and made us really curious as how great it is to drive. Maybe we’ll get our hands on it someday.

We won't spoil you as to who the winner is, make sure to watch the video until the end.