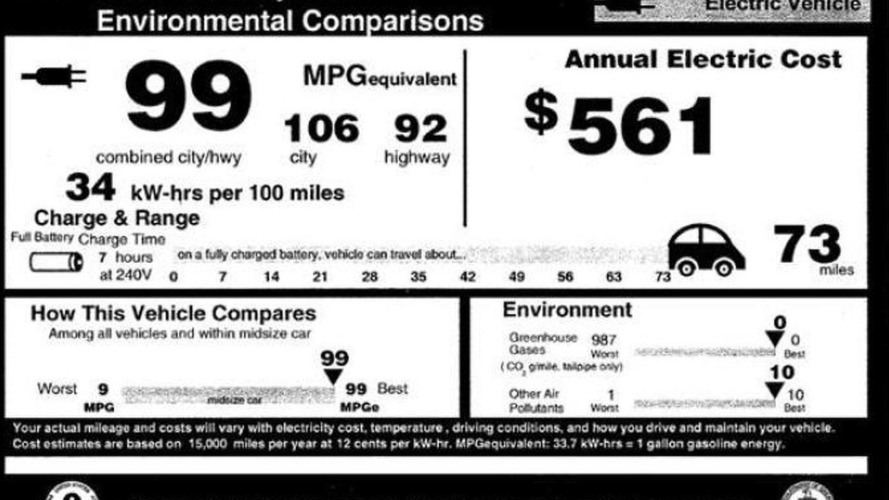 Nissan has announced the 2011 Leaf will carry an EPA rating of 106 MPGe city and 92 MPGe highway.

While the figures sound a little odd for an electric car, they were calculated using the "EPA's formula of 33.7kW-hrs being equivalent to one gallon of gasoline energy." Furthermore, the EPA label reveals the Leaf will have a range of approximately 73 miles (117 km), a recharging time of seven hours (at 240V), and an annual electrical cost of roughly $561.

The Leaf goes on sale next month in California, Oregon, Washington, Arizona and Tennessee. It will be priced from $32,780 but the car is eligible for $7,500 of government incentives.