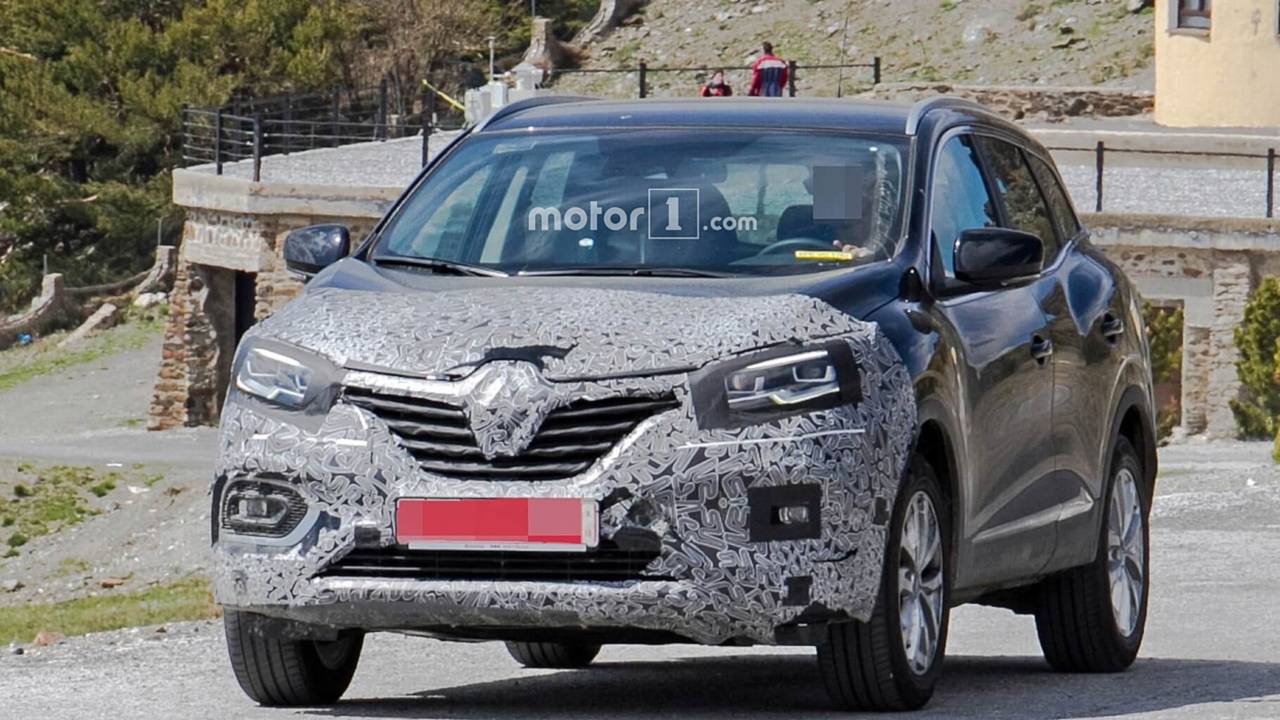 The compact crossover carrying the diamond logo is resorting to plastic surgery for a nip and tuck.

[UPDATE, June 18] 14 new spy shots have been added at the beginning of the gallery, below.

The middle child of Renault’s crossover family has been around for a little over three years and as such it comes as no surprise the Hyundai Tucson and Kia Sportage rival is getting ready for a facelift. The mid-cycle refresh will bring a mildly updated front grille with additional chrome trim along with what looks like a redesigned front bumper with the fog lights mounted up higher and the lower grille reshaped.

Unsurprisingly for a facelift, the compact crossover will carry over the side profile as changing the shape of the doors or the fenders would prove to be too expensive for a facelift, especially for a mainstream model such as the Kadjar. The back of the prototype shows the current model’s taillights, but we’re expecting fresh graphics on the production model to go along with the discreetly updated headlights.

More about the Kadjar:

Despite the generous amount of camouflage slapped onto the test vehicle’s body, Renault decided to fully reveal the new lower rear lights. These are considerably wider than those of the current model and that means the rear bumper has been changed as well to accommodate them.

It will be interesting to see whether the 2019 Kadjar will usher in the newly developed 1.3-liter turbocharged gasoline engine co-developed by Daimler and the Renault-Nissan alliance. It’s already available in the Scenic and Grand Scenic minivans and can also be had in the new A-Class. It has been developed with multiple states of tune, kicking off from 115 hp & 162 lb-ft (220 Nm) and ending with 160 hp & 192 lb-ft (260 Nm).

The French brother of the Nissan Qashqai could debut in its facelifted guise as early as October on its home turf at the Paris Motor Show before going on sale in Europe late this year or early 2019.