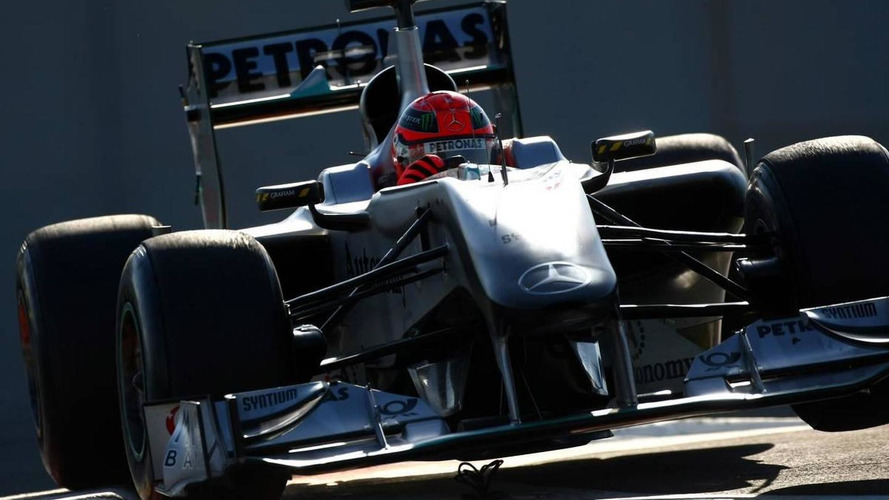 A month before Christmas, F1 teams and drivers have retired to consider the impact of the sport's new sole tyre supplier.

A month before Christmas, F1 teams and drivers have retired to consider the impact of the sport's new sole tyre supplier.

The 2010 grid got its first taste of new partner Pirelli's recent development efforts with a two-day test in Abu Dhabi.

Paying particular attention were drivers like Felipe Massa and Michael Schumacher, who notably struggled with departed Bridgestone's tyres this year.

Schumacher's Mercedes teammate Nico Rosberg raised alarm bells when, asked to compare Pirelli with Bridgestone after his running on Friday, he used words like "worse", "weaker" and "slower".

Massa, however, set Friday's best time and said he was happy, while Schumacher was cautious.

"We were using the 2010 car," he said on Saturday after almost matching pacesetter Fernando Alonso's best time, "and it will be all about how these tyres suit our 2011 car."

But Brazil's Agencia Estado quoted him as sounding more positive.

"These are not the final tyres but the ones I used today seemed to suit my style a bit more, especially the fronts," said Schumacher.

"We did our best start of the year!" the Swiss enthused to Auto Hebdo when talking about his first impression of the Pirellis.

"You can also brake very hard and very late. On acceleration, the traction is poor and you lose a lot of grip, and the wear also seems higher.

"And on a long run the soft tyres wore much less than the hard tyres. In my opinion, they (Pirelli) made a mistake and they've already said they'll change it.

"The front tyres are good. They respond well," added Buemi.

To Agencia Estado, Williams' Rubens Barrichello concurred: "The front of the car grips a little more than the rear."

Said Pirelli's Paul Hembery: "According to what we have learned in Abu Dhabi, we will change the compounds, but not the construction."

And he added: "The drivers especially enjoyed the performance of our front tyre, which is an area that we have worked on considerably."