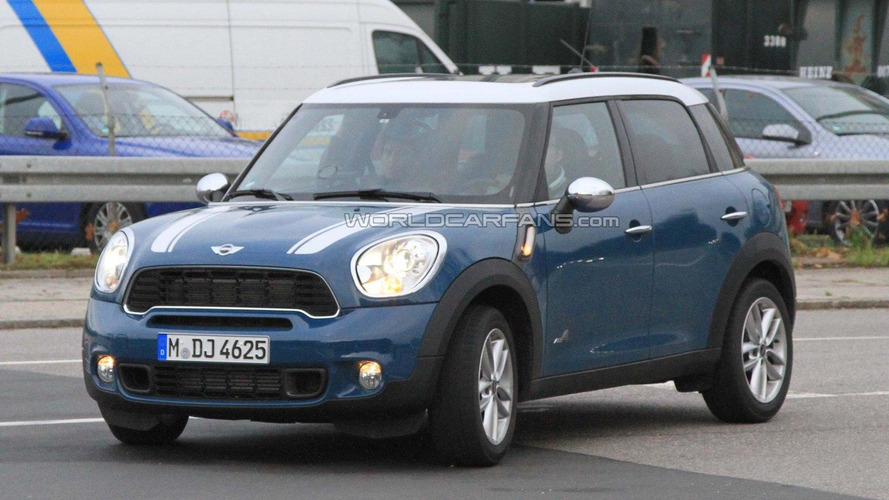 The 2011 MINI Countryman Cooper S Diesel is wearing the same "SD" badge as the previously spotted Cooper S Diesel, which means they'll be sharing some specs.

But this model is not sporting the centrally-mounted double exhaust pipes. Instead, the Countryman Cooper S Diesel has a a set of dual pipes spread a little further apart. It also doesn't have the vent on the bonnet like the Cooper S Diesel.

Under that bonnet, though, we expect a similarly configured 1.6 liter diesel with around 140 hp (104 kW / 142 PS) - which will be the highest output diesel in the MINI lineup.