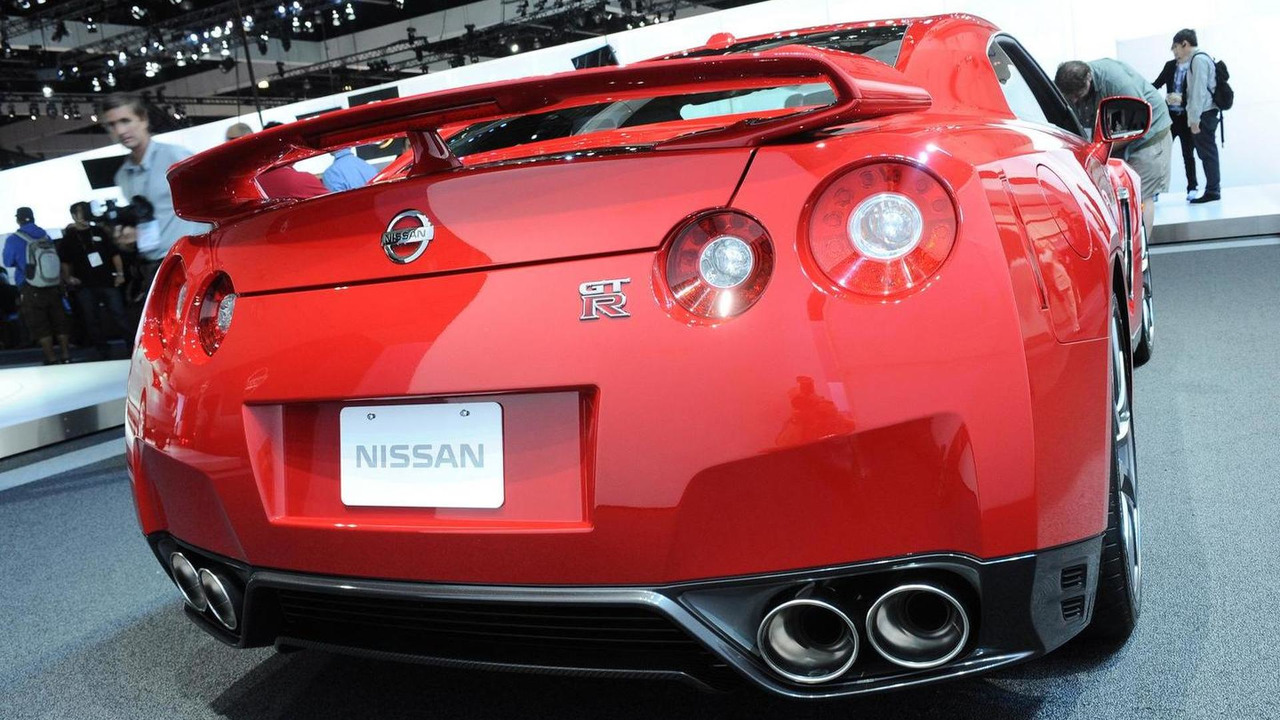 Nissan has announced the 2012 GT-R will be priced from $89,950 when it goes on sale in United States early next year.

Nissan has announced the 2012 GT-R will be priced from $89,950 when it goes on sale in United States early next year.

As we have previously reported, the facelifted model features a new front bumper, a revised rear fascia, and 20-inch forged aluminum wheels. Inside, the cabin has been outfitted with higher quality materials and carbon fiber trim.

Power is provided by a twin-turbo 3.8-liter V6 engine which produces 530 hp (395 kW / 537 PS) and 488 lb-ft (661 Nm) of torque. The company declined to release additional performance specifications, but expect to learn more in the coming months.

Besides the standard GT-R, Nissan announced plans to offer a $95,100 Black Edition. Details are limited, but it features unique six-spoke wheels and a special red / black interior with Recaro seats and a dark headliner.

According to Al Castignetti, vice president and general manager of Nissan North America, "The Nissan GT-R continues to be a multi-dimensional performance machine that lives up to the concept of the ultimate supercar that can be driven by anyone, anytime, anywhere. With the enhancements for 2012, including its 530-horsepower twin turbo V6 and revised styling, the GT-R legend continues to grow."