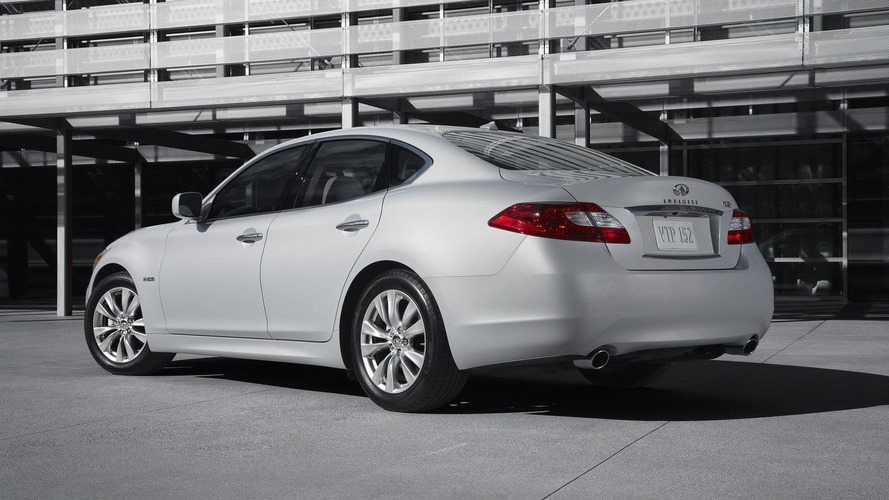 Following its unveiling at Geneva Motor Show, Infiniti has released new information about the 2012 M35h.

Following its unveiling at Geneva Motor Show, Infiniti has released new information about the 2012 M35h.

To get those impressive figures, engineers installed a lithium-ion battery which enables the car to travel up to 1.2 miles (1.9 km) on electricity alone. More importantly, the electric motor can power the car up to speeds of 62 mph (100 km) which greatly improves efficiency.

Compared to the standard M35, the hybrid boasts a revised suspension, a unique instrument cluster, and an Approaching Vehicle Sound for Pedestrians. The latter system activates at low speeds (when the M35h is most likely to be in EV mode) to warn people that a car is coming.

Pricing information hasn't been released, but the 2012 M35h will start arriving at U.S. dealerships in the spring.