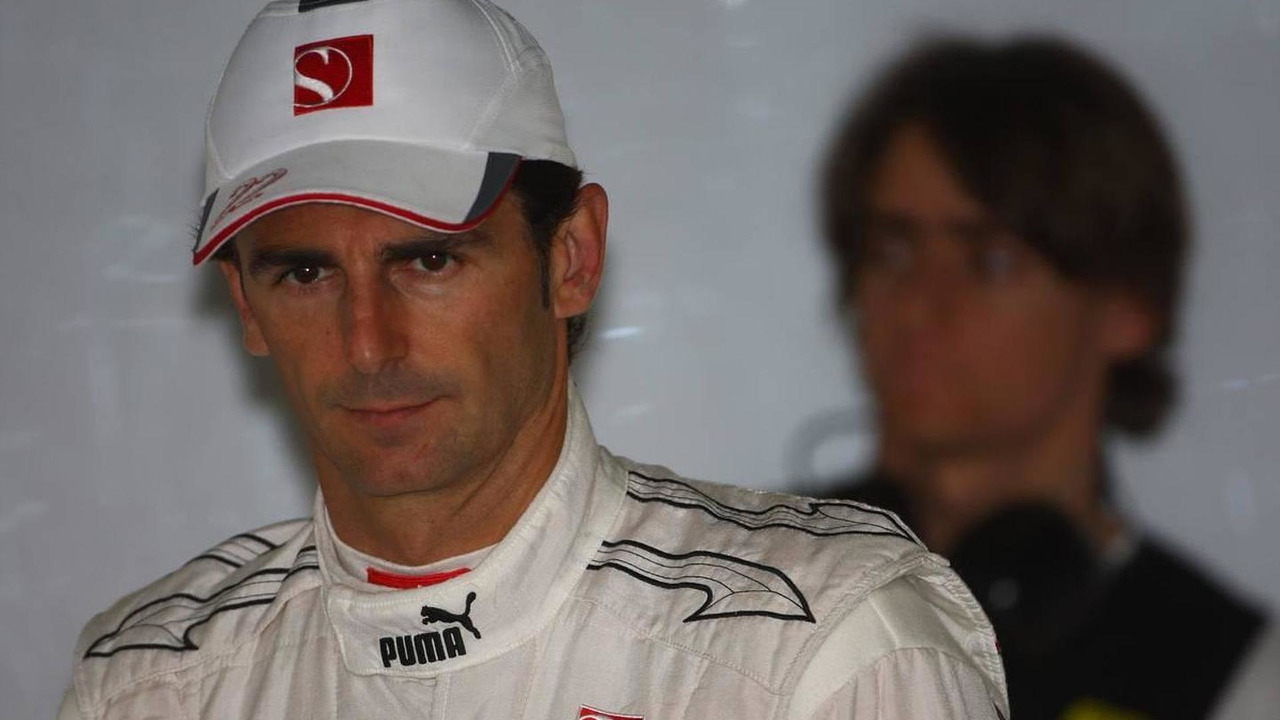 Pedro de la Rosa has received a EUR 8 to 10 million price-tag for a 2011 race seat with the Spanish team HRT.

Pedro de la Rosa has received a EUR 8 to 10 million price-tag for a 2011 race seat with the Spanish team HRT.

It was believed the veteran driver was set to join the team next year thanks to the investment of Juan Villalonga, while an attractive Toyota-designed car with a Williams gearbox was in the making.

But the Toyota deal has fallen through due to reportedly late payments, leaving not enough time for Hispania to separately build a new car for 2011.

And team owner Jose Ramon Carabante has now admitted that HRT will again be relying on pay-drivers.

"Pedro wants to come, but it depends very much on the support. Without money, there is no place for him. We can't allow ourselves a luxury like that.

"He needs to contribute about eight or ten million. We have spoken with companies to try to attract sponsors, and we would like to have two Spanish drivers for our identity and someone like Pedro who can give us some direction for 2012," Carabante said on Cadena Ser radio.

He confirmed that HRT is currently in a "crucial week, deciding the future of the team".

"A budget needs to be above 120 or 130 million euros. With that we will achieve a leap into the top ten.

Carabante said even the location of HRT's headquarters for 2011 is not decided.

"We have offers from Madrid and Barcelona. For the logistics we would like to be in the centre of Europe," he added.