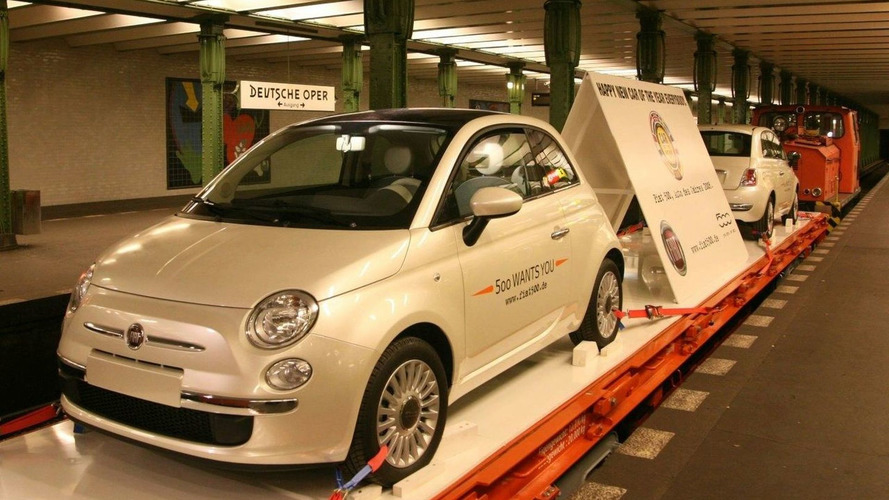 The prestigious â€œCar of the Year 2008â€ prize won by the Fiat 500 will be handed over at a ceremony in Berlin on 28 January.

Gay Car of the Year

The Fiat 500 is picking up awards left and right, including the LeDorga 2008 Gay Car of the Year award. It is the first time the gay community voted for a non-convertible and stayed ahead of cars like the Alfa Romeo 8c Competizione, Audi R8, Aston Martin DBS and new BMW 1 Series coupe.

The Fiat 500 has also won the more coveted Car of the Year 2008 award. The 'crowning' ceremony will take place in Berlin on January 28 and in order to make a grand entrance Fiat will use the underground rail network. The first time a car is allowed in the subway tunnels.

Every weekend until 27 January two Fiat 500's will be drawn by a train throughout the Berlin underground network, which is some 145 kilometers long. The train passes through 170 stations where travellers will see the accompanying message “Happy new car of the year everybody”.