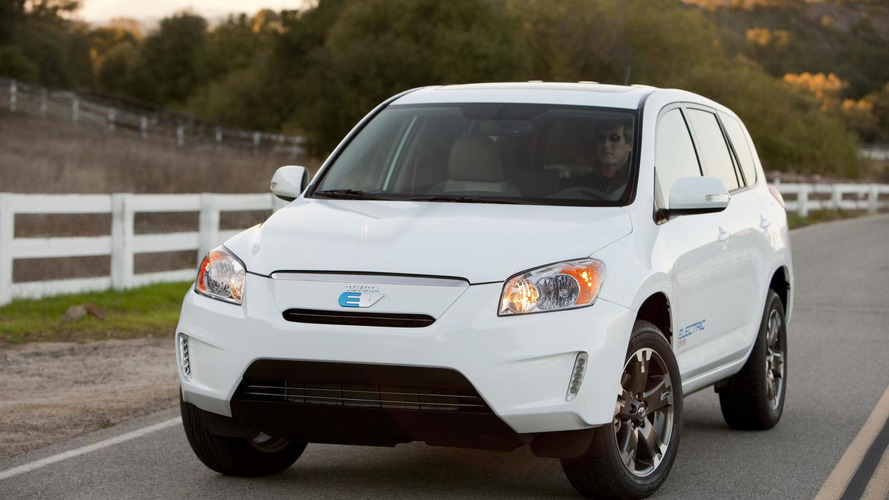 After months of speculation and teasing, Toyota has officially unveiled the RAV4 EV prototype. Details are limited, but Toyota says the 2012 production model will be able to travel up to 100 miles (161 km) on a single charge.

After months of speculation and teasing, Toyota has officially unveiled the RAV4 EV prototype.

Jointly created with Tesla Motors, as part of their $50 million dollar agreement to collaborate on EV technology, the RAV4 features a lithium metal oxide battery which has an energy storage capacity "in the mid-30 kwh range."  The company declined to release detailed information, but the Tesla-sourced electric motor (presumably the 215 kW one from the Roadster) will enable the crossover to travel up to 100 miles (161 km) on a single charge. Furthermore, Toyota stated the EV weighs 220 pounds (100 kg) more than the RAV4 V6 and will accelerate from 0-60 mph almost as fast.

As part of the conversion, Toyota engineers were forced to modify the suspension, install a new steering system, and relocate several major components to optimize weight distribution.

The production model will be launched in 2012, alongside the Prius PHV (plug-in hybrid) and a small EV commuter vehicle.