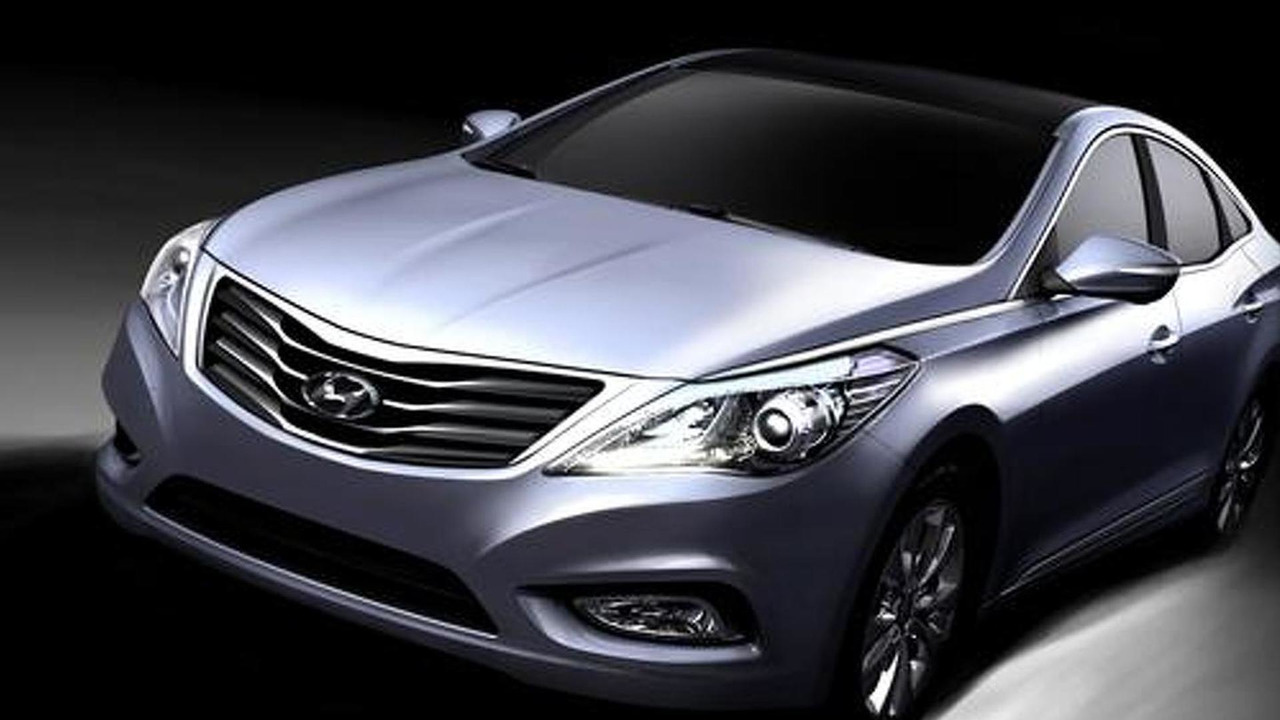 Get the first look and details of the Hyundai Grandeur, known outside Korea as the Azera, inside.

Hyundai officially introduced the newest successor in the Grandeur model line today.  Also known in much of the world as the Hyundai Azera, the all-new Grandeur replaces the fourth generation model first brought out in 2005.

The automaker did not reveal any specifics about the car, but they did say it will share in the Hyundai "fluidic sculpture" design language.  As expected, the renderings distributed by the automaker make the vehicle look like an upmarket version of the Kia Cadenza, first revealed a year ago.

LED lighting will be seen on the car at the front, and will be incorporated in the taillights set just above the wide rear bumper.  Two tailpipes are integrated into the bumper, with a small decklid ducktail that seems to extend all the way into the rear doors.  Up front, Hyundai is emphasizing the car's "bold grille" as the centerpiece of the vehicle's new look, and its foglights have an interesting mirror look to the tailpipes.

Hyundai has not yet revealed a release date for the Grandeur/Azera.