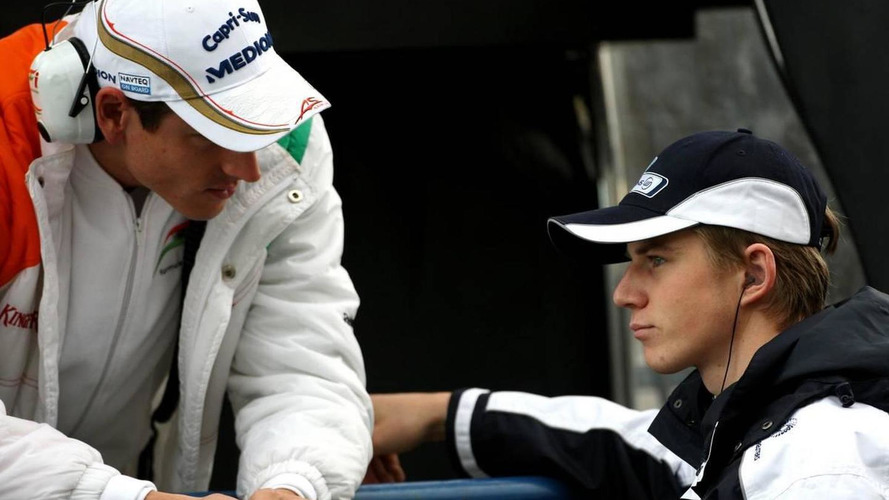 Force India has emerged as Nico Hulkenberg's best chance to stay in formula one next year.

Force India has emerged as Nico Hulkenberg's best chance to stay in formula one next year.

The promising German rookie has been ruled out of an extended stay at Williams next year, as the British team apparently clears a seat for a paying driver.

"I heavily regret that, because I would have been happy to stay," the 23-year-old said.

Hulkenberg's manager Willi Weber revealed: "I am negotiating with other teams. Nico will have his seat in F1 in 2011."

Revealing that more news will come in the next "one or two weeks", Weber told SID news agency: "He has to stay in formula one. He is the next biggest hope for Germany after Vettel and Rosberg."

Auto Motor und Sport named Silverstone based Force India as the best option, with Adrian Sutil considering a seat elsewhere and Vitantonio Liuzzi's future clouded despite his possession of a 2011 contract.

Another race seat might be open at Renault, but the latest speculation is that the Russian rookie Vitaly Petrov has done enough to justify the place alongside his sponsors.

And Spain's El Mundo reports that the Kremlin might add to Petrov's 2011 coffers, now that Russia is embarking on a F1 circuit project.