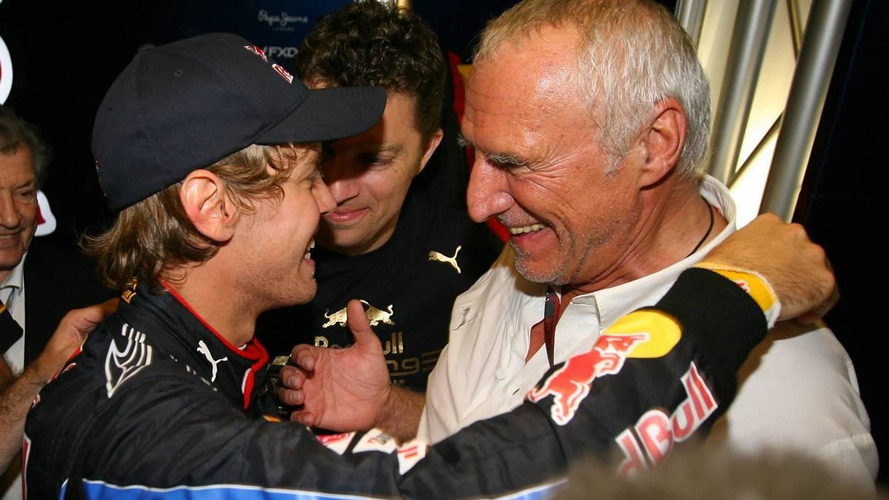 Dietrich Mateschitz has rejected suggestions Red Bull's race strategy for Mark Webber on Sunday was a plot to mislead Ferrari and favour Sebastian Vettel for the title.

Dietrich Mateschitz has rejected suggestions Red Bull's race strategy for Mark Webber on Sunday was a plot to mislead Ferrari and favour Sebastian Vettel for the title.

It was Webber's early pitstop due to the safety car period that caused Ferrari to follow suit with the Australian's main championship rival Fernando Alonso.

Ultimately, the strategy was a big mistake, as Alonso got stuck behind Vitaly Petrov's Renault, preventing him from rising to the fifth place he needed in the event of a Vettel race victory.

So was Red Bull's strategy a deliberate one, with Webber used as bait to entice Alonso to cover him while Vettel strolled to the win from pole?

"Afterwards, everyone thinks everything like that is done deliberately, but that's not something you can plan," Red Bull owner Mateschitz told Kleine Zeitung newspaper.

After the race, Webber was a notable absence as Red Bull celebrated its double championships. The Australian gave a terse "yeah" when asked if he will be back with the team in 2011.

Also asked if Webber will be back, Mateschitz answered: "I know Mark wanted a clearer position within the team and I can understand his disappointment.

"We now have our dream team, with the right people in the right positions.

"Of course, our people get many offers, but the entire team is staying together," added Mateschitz.