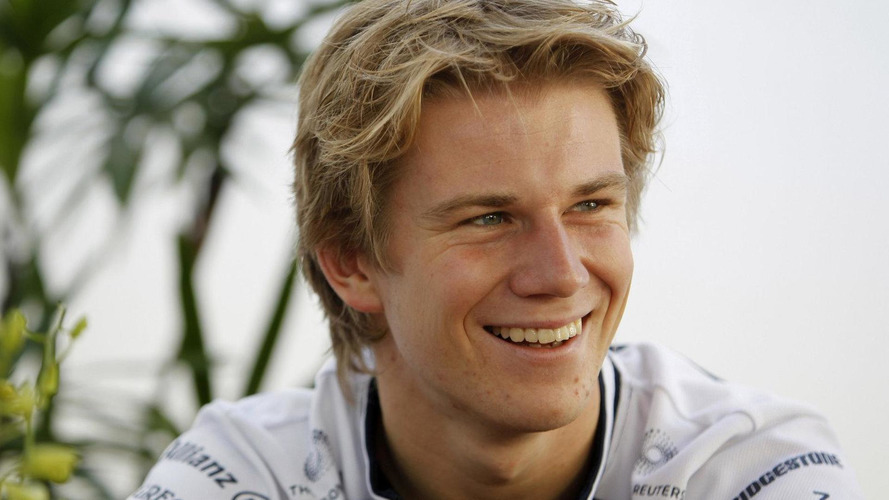 Willi Weber has reiterated reports that his young charge Nico Hulkenberg is set to leave Williams.

Willi Weber has reiterated reports that his young charge Nico Hulkenberg is set to leave Williams.

The famous driver-manager made the announcement earlier in Abu Dhabi, but 23-year-old Hulkenberg then revealed that he is scheduled to do the Pirelli test late this week.

"Nico will leave Williams. They're not negotiating any longer. They have probably already done a deal with Pastor Maldonado," Weber is quoted by Express.

Fascinatingly, the Cologne publication mentioned Ferrari as a possible alternative employer for Hulkenberg, and said Weber had met with the Italian team on Saturday.

But Felipe Massa sounds confident about returning to Ferrari alongside Fernando Alonso next year.

"It has been a very difficult year for me, but already I am concentrating completely on 2011," he is quoted by the Brazilian media.

Massa added: "We have some testing with the new tyres next week and I'm curious to see how they behave."

Hulkenberg told Auto Motor und Sport he will know more about his future after those tests, "in one week".

"Nico will drive in 2011 in formula one," Weber insisted.

Hulkenberg admitted he is not expecting Williams' chairman Adam Parr to telephone him.

"It will probably be that I call him," said Hulkenberg. "The exchanges so far have mostly taken place by email."

Weber added: "Until now they've left us hanging in the air quite a bit."

In fact, Auto Motor und Sport said Williams has been working on signing Maldonado for 2011, placing the well-financed Venezuelan at HRT for a year, and guaranteeing him a seat in 2012.