No holiday ahead for new champion Vettel 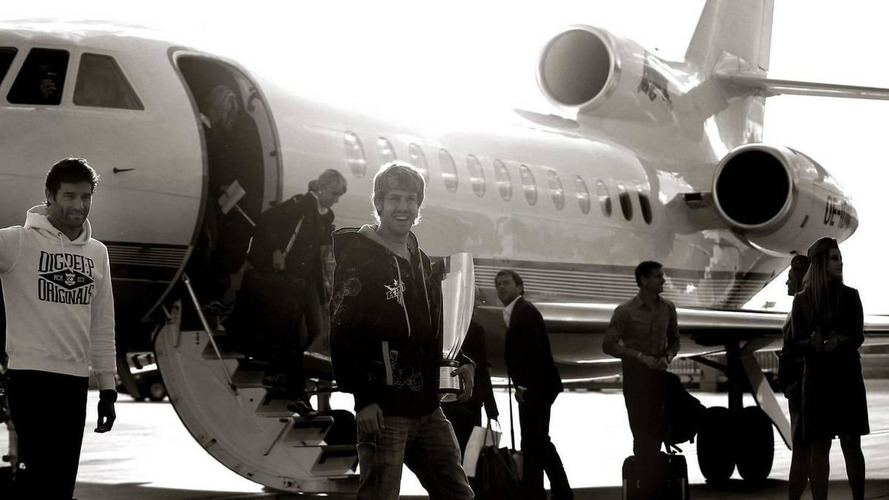 He is F1's new world champion, the youngest in the sport's history, and his name will soon be engraved on a trophy also hailing the likes of Senna and Fangio.

He is F1's new world champion, the youngest in the sport's history, and his name will soon be engraved on a trophy also hailing the likes of Senna and Fangio.

But for Sebastian Vettel, there will be no holiday.

The German will be leaving Abu Dhabi on Monday for a press conference in Salzburg, and then he will make the return 5000 kilometre journey without pause to Yas Marina for the Pirelli tyre test.

It is Red Bull's other driver Mark Webber heading for an early holiday.

Both of McLaren's race drivers will be absent from the Pirelli running late next week, but it has emerged that Ferrari's Fernando Alonso and Felipe Massa will be in action.

Of the other teams, Force India, Lotus and Toro Rosso will also be using their current race drivers next week, while Sauber fields Kamui Kobayashi alongside his new 2011 teammate, Sergio Perez.

Timo Glock, not Lucas di Grassi, will be in action for Virgin.

Williams' press office was not confirming its Pirelli test lineup late on Sunday, but Nico Hulkenberg told Auto Motor und Sport: "Rubens (Barrichello) and I will each do a day."

Robert Kubica will be running for Renault rather than his teammate Vitaly Petrov, but the Russian driver may have boosted his chances of keeping his seat with a strong weekend in Abu Dhabi and a high-profile stint ahead of Alonso in the race.

"Directly or indirectly, thanks a lot. Hopefully he (Petrov) will be around next year," said the German.

But the Russian said Vettel "should not be grateful to me".

"I didn't do anything for him and I didn't destroy Fernando's race," said Petrov. "I only did my job -- but maybe I should have asked on the radio first how much Vettel was going to pay me!" he joked.

Gallery: No holiday ahead for new champion Vettel