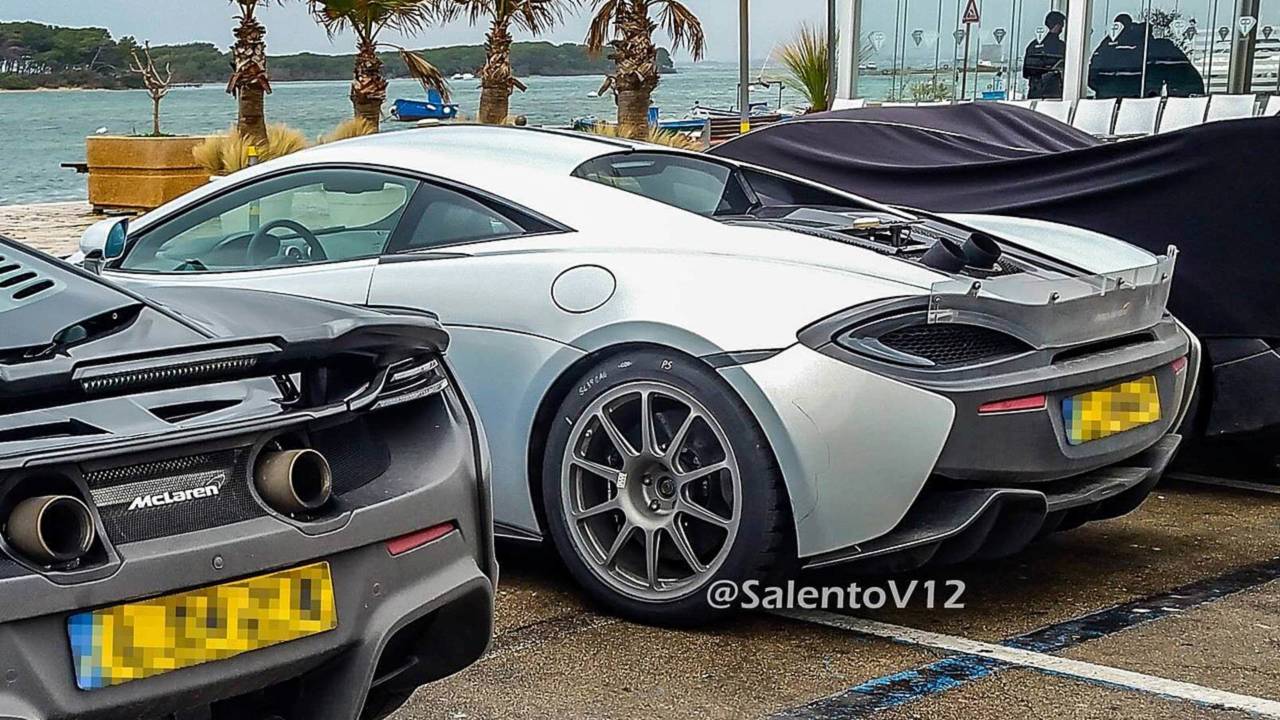 Back in March when the Senna was all over the news, a spy video emerged from gorgeous Porto Cesareo in southeast Italy. We actually shared it the same day it was uploaded on YouTube, focusing on the menacing black vehicle carrying the orange “VP725-P15” lettering as that was a Senna prototype and not the final production car.

But right next to it was a 570S, and it wasn’t a completely stock car. Like the new mysterious model McLaren has been teasing in recent days, it had a pair of top-exist exhaust tips. Those didn’t look nearly as nice as the ones featured in yesterday’s teaser image as they lacked the nice finishers while the rear deck was largely carried over from the standard model.

The work-in-progress car also had a transparent panel at the back, which could be a sign the production-ready model will feature some upgrades such as a new spoiler or even a proper wing to aid aero as it would be appropriate for a track-focused machine. Other tweaks expected include lighter wheels, reduced sound-deadening material, and a titanium exhaust with those two repositioned tips providing a more alluring soundtrack.

We will have all the juicy details on June 28 when the hotter McLaren 570S will celebrate its online premiere prior to its public debut locked in for July at the Goodwood Festival of Speed. Like the 675LT before it, the new model from Woking will likely end up as a limited-run special edition. Who knows, maybe they've been sold already...