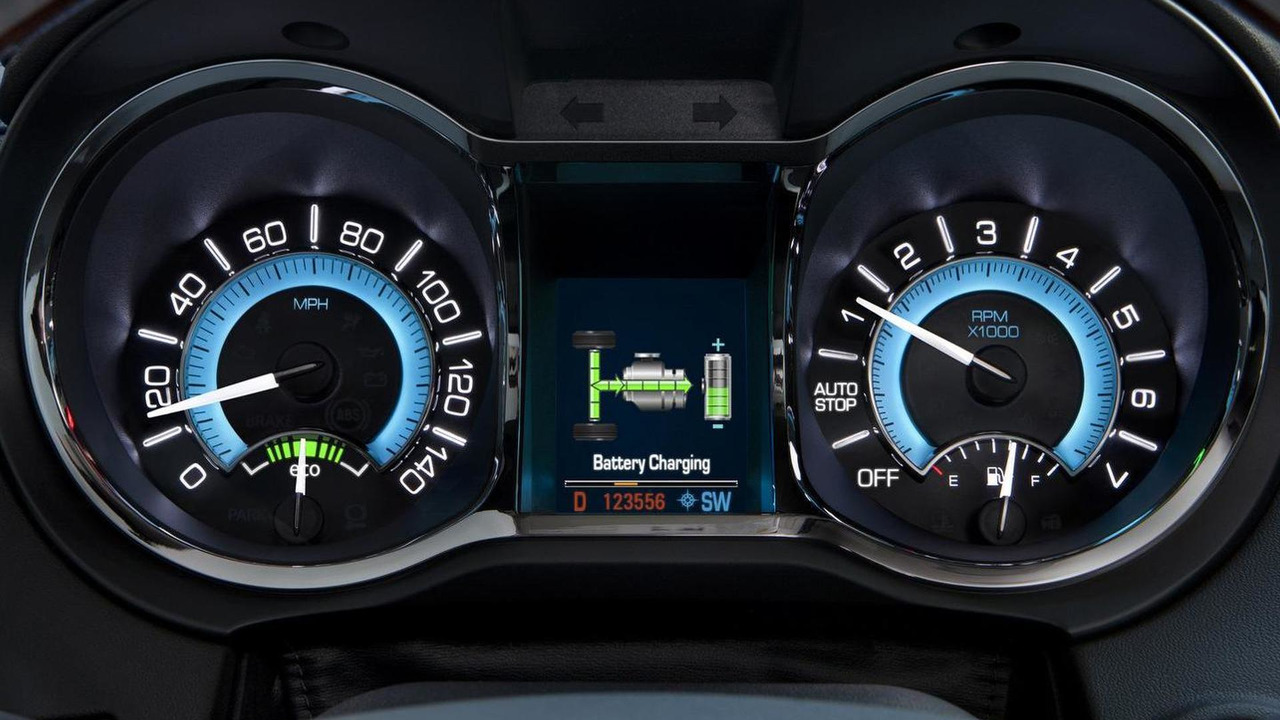 Buick's effort to appeal to younger, tech-savvy individuals is moving into a high gear as the company has announced plans to offer a hybrid version of the LaCrosse.

Buick's effort to appeal to younger, tech-savvy individuals is moving into high gear as the company has announced plans to offer a hybrid version of the LaCrosse.

While this doesn't sound terribly exciting, Buick is taking the bold step of replacing the entry-level petrol model with the hybridized variant. It will feature a system called eAssist which combines a 2.4-liter four-cylinder engine, a 15 kW electric motor and a 115-volt lithium-ion battery pack. Details are limited, but eAssist has an engine start /stop system and a power boost capability (where the electric motor works with the petrol engine for improved acceleration). Thanks to this setup, the hybrid is expected to return 25 mpg city / 37 mpg highway - an improvement of 6 mpg city / 7 mpg highway.

On sale next summer, the LaCrosse Hybrid will be priced from approximately $30,000 which is nearly as much as the V6 model that is rated at 17 mpg city / 27 mpg highway.