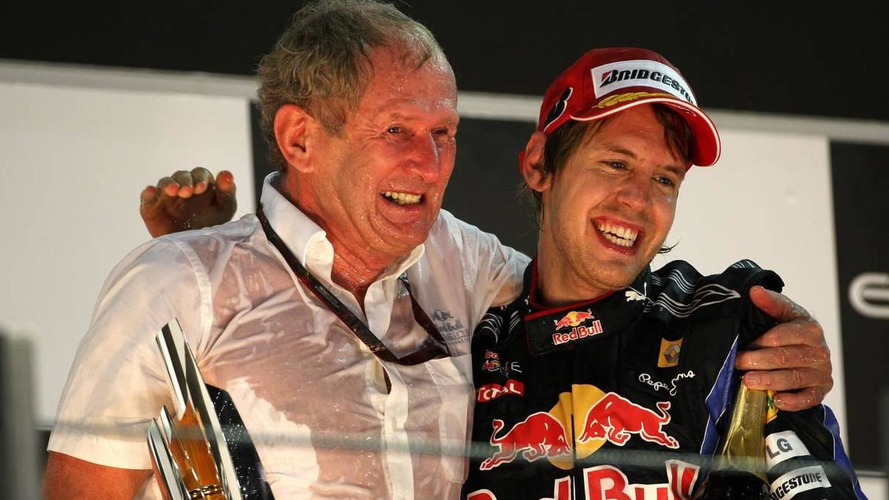 That is the view of Dr Helmut Marko, Red Bull's motor sport consultant who accepted the trophy on the podium after his young German charge became F1's youngest ever world champion.

Marko has been accused of favouring Vettel over Mark Webber in 2010, including by Red Bull not ordering the 23-year-old aside for his points-leading teammate in Brazil a week ago.

"If we had changed the positions in Brazil, Vettel would not be world champion," said the Austrian in Abu Dhabi.

Indeed, Vettel's victory at Interlagos was worth 7 points more than second place, and he beat Fernando Alonso to the championship by just 4 points.

Red Bull's engine supplier and new sponsor is Renault, and in Abu Dhabi it was Kubica delaying Hamilton, and Petrov refusing to give way to Ferrari's Alonso.

"I guess that's what happens when you have a couple of other teammates," said Hamilton.

Russian Petrov, however, admitted he was disappointed by Alonso's apparent anger after the race.

"I'm here to race. I hope when he cools down he will realise that," he said.