Webber had concussion after Valencia crash 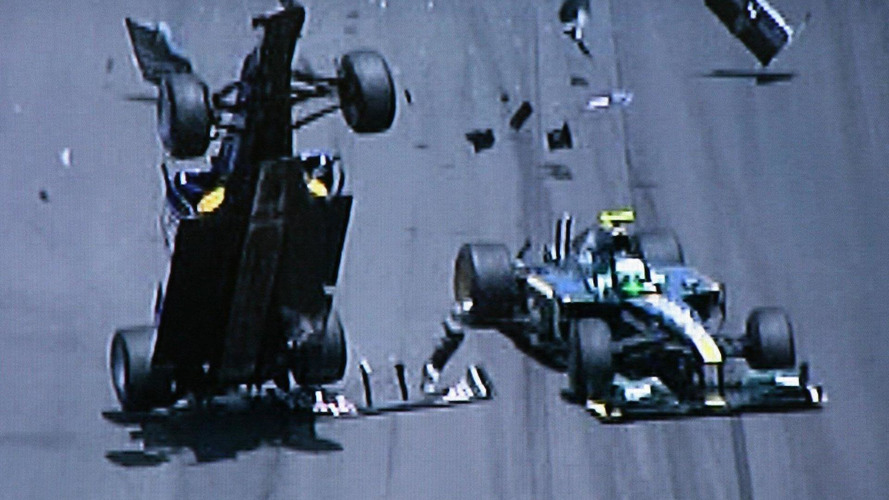 Mark Webber has revealed he suffered "delayed concussion" after spectacularly crashing in Valencia earlier this season.

Mark Webber has revealed he suffered "delayed concussion" after spectacularly crashing in Valencia earlier this season.

Before the Australian fights on Sunday for the 2010 championship in Abu Dhabi, he recalled his backwards flip in June when he ran into the back of Heikki Kovalainen's Lotus.

"There were things which happened after Valencia that surprised me. I had delayed concussion and that put added heat on the next time I drove the car," Webber told the Daily Mail.

The 34-year-old bounced back from the incident with two more wins at Silverstone and later in Hungary, but teammate Sebastian Vettel has been Red Bull's pacesetter in the final third of the season.

"It's not like he's 25 seconds down the road and I've forgotten how to drive," said Webber after qualifying a disappointing fifth on Saturday.

"Yes I would love to have had some victories of late," he told reporters, having lost his clear championship lead with a crash last month in Korea before finishing behind Vettel in Brazil.

"I've done everything I can to get those (wins) and in the end I haven't got them because I haven't deserved them. Simple as that," admitted Webber.