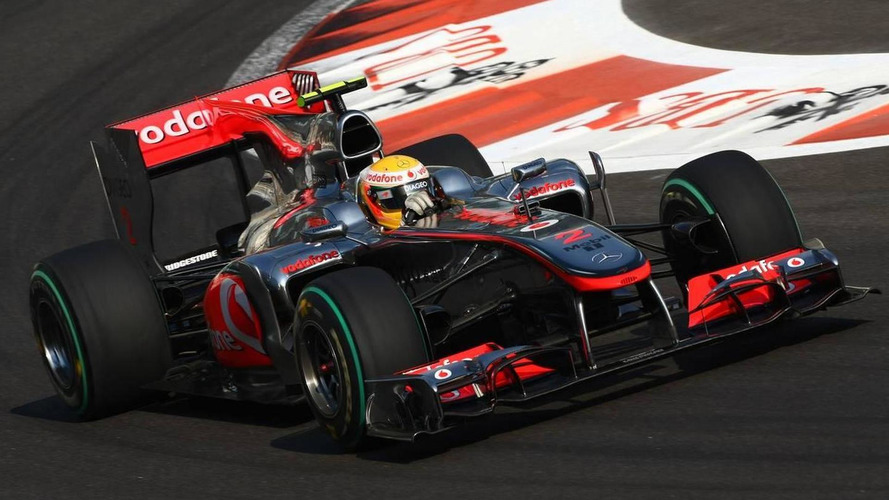 Lewis Hamilton's slim championship hopes are still alive after stewards decided not to penalise him on Saturday night.

Lewis Hamilton's slim championship hopes are still alive after stewards decided not to penalise him on Saturday night.

With a Friday reprimand already over his head, the Briton was summoned to the FIA officials after collecting a bollard and almost Ferrari's Felipe Massa after delaying the Brazilian during an out-lap in Q2 in Abu Dhabi.

The 25-year-old said on the radio that it had been Massa's fault, to which the Brazilian replied that Hamilton must be "crazy".

It has emerged from the Yas Marina circuit late on Saturday that the stewards have decided to take no further action.

"These things happen," Hamilton had told reporters, before the team's post-session press release made no mention of the incident.

The official document did, however, contain an apparent warning, with the Briton's championship hopes resting on a race win and then the hope that his rivals run into trouble on Sunday.

"It's the other drivers who'll have to worry," added Hamilton. "I don't have to be cautious at all in the race. Perhaps they need to think about that."