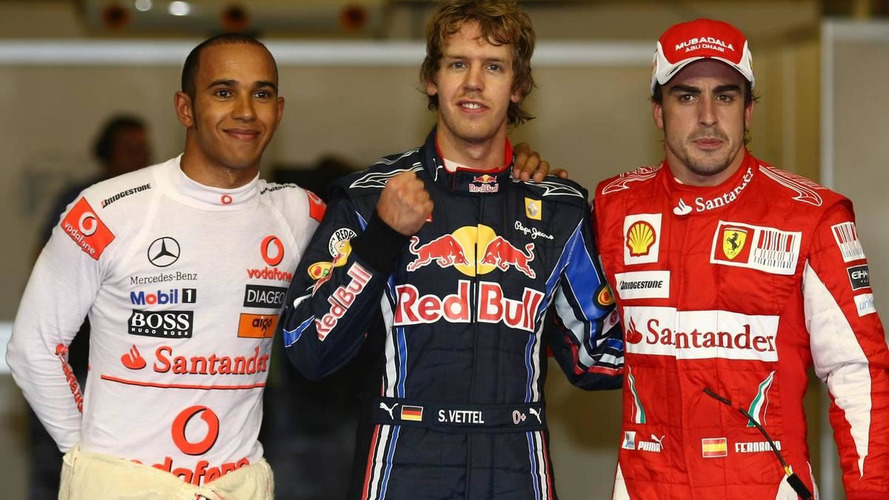 Fernando Alonso on Saturday night qualified third for the Abu Dhabi grand prix, but on the pitwall Ferrari president Luca di Montezemolo was pumping the air in celebration.

If the Spaniard can just hold position on Sunday, he will win the 2010 world championship.

"We are in a strong position," he confirmed.

Mark Webber is the big loser of the floodlit qualifying session, only doing enough to qualify fifth and apparently heading for just third in the drivers' championship.

He positively leapt from his RB6 in parc ferme, got weighed in a hurry and headed straight out for his television interviews, managing to avoid all of his rivals.

"I'm not rapt of course but the fat lady hasn't sung yet," said the downbeat Australian.

Despite Sebastian Vettel being on pole position, the session is bad news overall for Red Bull. If the German goes on to win, he will lose the championship by 5 points.

"We got pole but no one else read the script," said the team on Twitter.

As it stands, Vettel will not be able to deploy a voluntary team strategy during the race, because a couple of McLarens will be in the way -- not to mention Alonso.

"I need to do a better job tomorrow," Webber acknowledged.