Hulkenberg reveals 'other options' for 2011 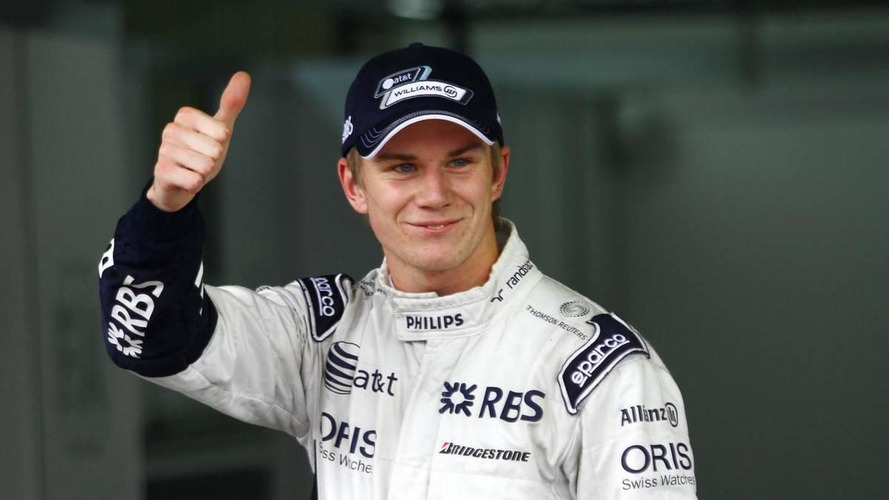 Nico Hulkenberg has revealed that Williams is not his only option for the 2011 season.

Nico Hulkenberg has revealed that Williams is not his only option for the 2011 season.

Despite soaring to his maiden pole position a week ago in Brazil, the future of the German rookie is still clouded due to the British team not yet finalising its 2011 lineup.

Williams is reportedly considering Pastor Maldonado, the new GP2 champion who carries as much as EUR 15 million in PDVSA sponsorship, for the seat.

Chief executive Adam Parr on Friday hinted in Abu Dhabi that some key decisions about the team's future have now been made.

"I have missed the last two races as I have been making sure we have the finances we need for next year, and we do," he said.

Parr insisted that Williams is in "great financial shape", but 23-year-old Hulkenberg appeared not to agree.

"Obviously they are struggling for some money," he told Gulf News.

Hulkenberg said Williams' driver decision will not be made until after Maldonado tests next week at the Yas Marina track.

"We have other options to go for other teams and races. I can't name them or speak about it now. But for me, the most important thing is to stay in formula one," he said.

Gallery: Hulkenberg reveals 'other options' for 2011