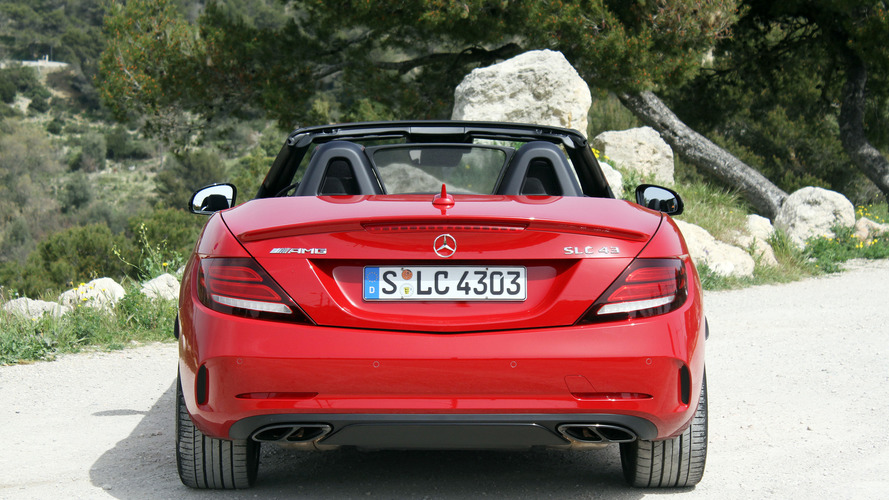 Mercedes hasn’t made up its mind quite yet about what to do with the SLC, but for the time being, you can still get one. In fact, if you’re in the market for one of the very few remaining hardtop convertibles on sale today, the roadster formerly known as SLK is more enticing for the upcoming 2019 model year in the United States.

Go for the regular SLC 300 and there are some new standalone optional goodies you can add, including an analog clock on top of the dashboard, Harman Kardon sound system, blind spot assist, ambient lighting, and Parktronic.

More about the SLC:

But the most interesting news is for those willing to fork out more money for the SLC 43. The model year change brings additional standard equipment. Right from the start without having to tick any boxes, the droptop gets dual-zone climate control as well as LED headlights with adaptive high beam. 2019MY also ushers in a new Graphite Grey exterior paint.

While the added content might not be enough to lure you into a Mercedes dealer, maybe the bump in power will do the trick. The SLK55’s spiritual successor with its biturbo 3.0-liter V6 has been upgraded from the previous 362 horsepower to 385 hp. No word about the torque figure, so we’re assuming it will stay the same at 384 pound-feet (534 Nm). Taking into account the power hike of 23 hp, perhaps the sprint to 60 mph (96 kph) will now take slightly less than the 4.6 seconds needed by the outgoing version.

As to what will happen to the SLC, around since 2011 and one of the oldest Mercedes models on sale today, AMG boss Tobias Moers revealed in an interview back in May that the fate of the roadster was being discussed. It might face the axe to make room for a standalone AMG model to fight the Porsche 718 Cayman if we were to rely on the rumor mill. 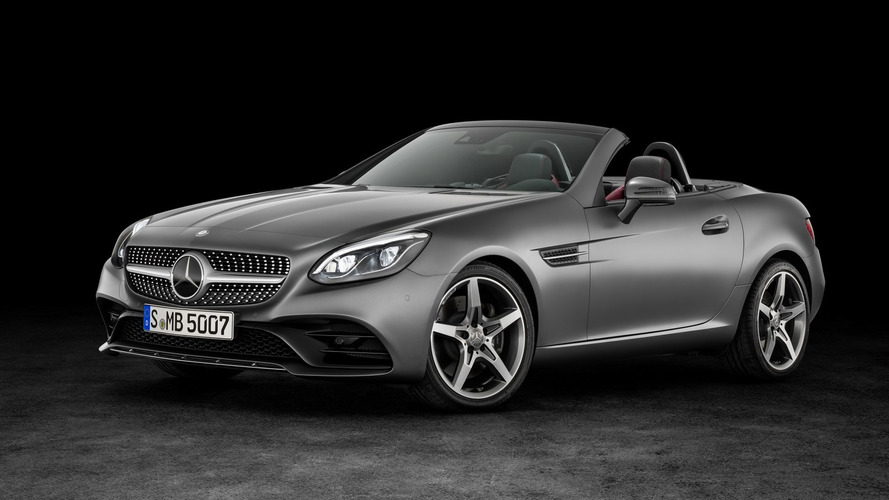