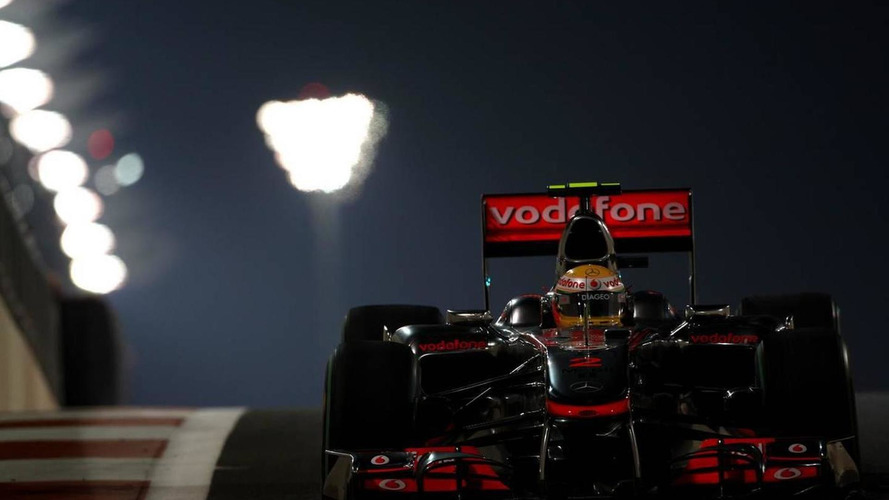 Lewis Hamilton threw a potential spanner in the works on Friday by setting the fastest practice time in Abu Dhabi.

Lewis Hamilton threw a potential spanner in the works on Friday by setting the fastest practice time in Abu Dhabi.

Mark Webber and Fernando Alonso have been largely billed as the 2010 championship favourites for the season finale, with Red Bull's Sebastian Vettel - the Interlagos winner - tipped to play a supporting role.

But it was McLaren's Hamilton, who is also in with a narrow shout of the title, who was quickest in practice when the sun set on Friday night.

The Briton was superb at the circuit in 2009, and he was quicker late on Friday than championship challengers Vettel, Alonso and Webber respectively.

He had said on Thursday: "I have nothing to lose. The guys in front of me have everything to lose, they have got generally faster cars than me but that doesn't mean that I cannot fight for a win."

Indeed, winning on Sunday - with the main contenders basically failing to score - is Hamilton's only real chance of securing a second drivers' title on Sunday.

But his pace will also be a headache for the Red Bulls, who are more closely chasing points leader Alonso's Ferrari.

Should Hamilton win in Abu Dhabi, even with Webber in second place, Spaniard Alonso would only need a minor placing to be world champion.