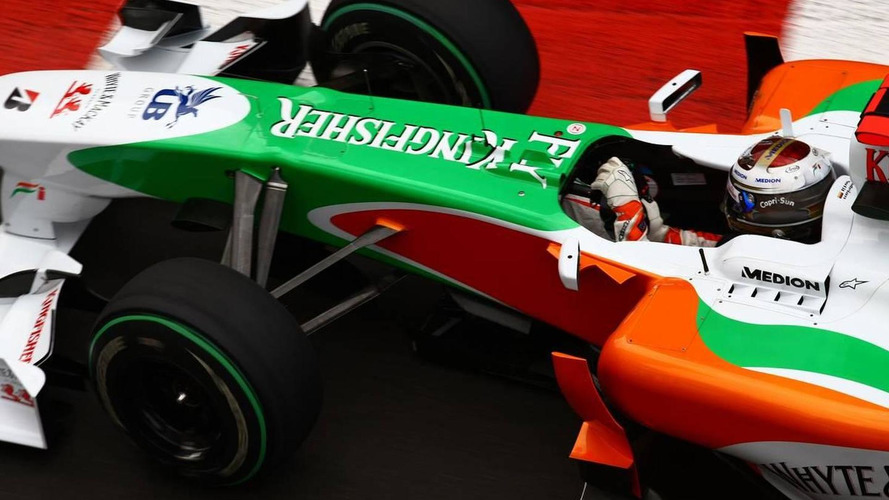 Adrian Sutil has revealed he is still likely to remain with the Force India team for 2011.

Adrian Sutil has revealed he is still likely to remain with the Force India team for 2011.

The German's plans had become once again clouded in recent days, when Renault team boss Eric Boullier mentioned both Sutil and Nick Heidfeld as potential replacements for Vitaly Petrov.

Speaking with reporters in Abu Dhabi, the 27-year-old said: "I can probably see my future here with this team (Force India). It's all going in this direction."

On the other hand, countryman Heidfeld is set to lose his current Sauber seat after Sunday's race, so he welcomed Boullier's nomination of him as a candidate for 2011.

"Obviously there are many seats already gone already. I'm still in talks with various teams -- also with Renault, as Boullier confirmed," said the 33-year-old.

Heidfeld acknowledged, however, that his lack of sponsorship dollars is a disadvantage.

"Renault is the best opportunity for me but I must say that talent is not the only thing they seek," said the German.

"They have Vitaly in the car, who has strong arguments. Looking at his performance on the track this year, we know what those arguments are," Heidfeld is quoted by Auto Hebdo.