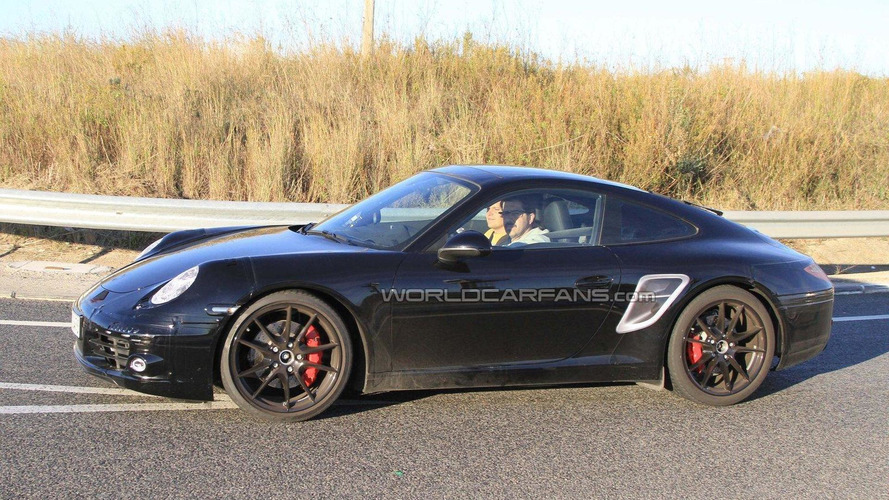 New set of shots come closer to a seemingly undisguised 911 coupe than ever before. A second coupe prototype in the photos is showing the retractable sunroof of the next 911 opening.

These are the best spy shots yet that we've seen of the upcoming 2012 Porsche 911.

This time we're up close to two coupe prototypes seemingly undisguised (although at this stage of the development process prototypes can still be hiding under false body panels). Noteworthy is how the second prototype is showing the retractable sunroof opening of the next-generation model.

We're also getting a far sharper look at the new rear end design, particularly the frame between the taillights.

The next 911 will feature a stop/start system and regenerative braking becoming standard technology on the model, in order to improve fuel-economy and CO2 emissions.

Look for the next 911 to make its debut sometime next year.