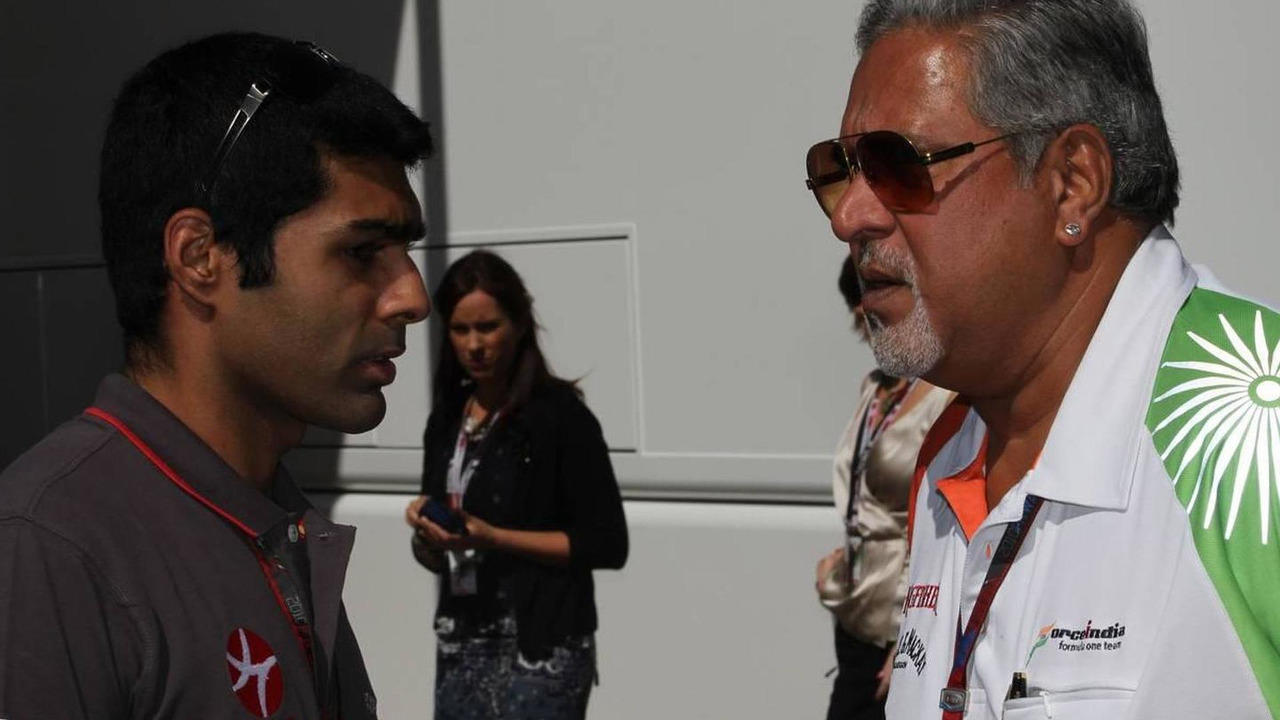 Karun Chandhok on Thursday admitted he is in talks with Force India about the 2011 season.

Karun Chandhok on Thursday admitted he is in talks with Force India about the 2011 season.

The Indian made his F1 debut with HRT this year but was ousted by the better-financed Sakon Yamamoto.

The 26-year-old has missed the past few grands prix but leaves for Abu Dhabi late on Thursday.

"I will be talking to four teams for next season's contract and yes Force India is one of them," he told the Indo-Asian News Service. "I am in regular touch with Vijay.

"I am also in talks with my present team Hispania. I hope to seal the deal by the end of December," added Chandhok.