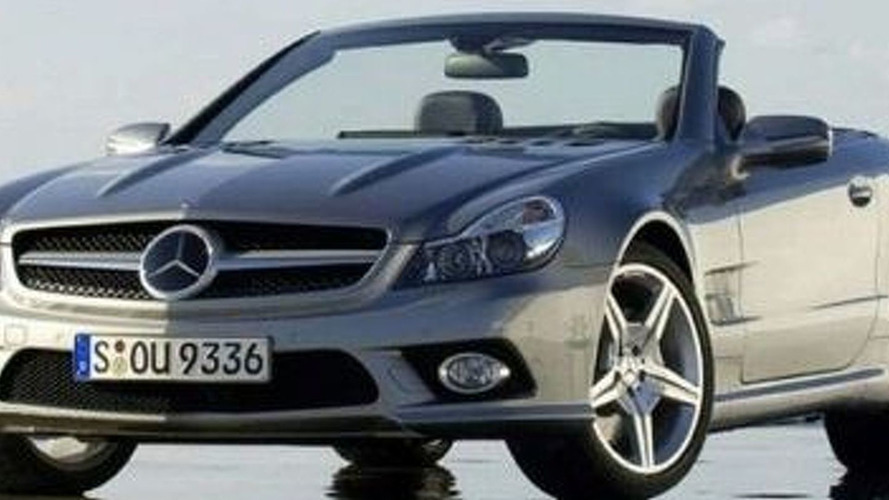 After the initial leak of the backside of the newly redesigned SL series, now come the leaked images of the regular SL.

Ahead of official release

After the initial leak of the backside of the newly redesigned SL series, a low resolution SL 65 AMG was circulating the internet, now come the leaked images of the regular SL. The Mercedes SL class had its last update only in 2006, four years after its initial launch.

Motorpasion was first to discover images of the facelifted Mercedes SL 350, but Dutch Autoblog took it upon themselves to scour the net for more. Resulting in the small, low res photo album attached to this article. The front end looks sportier and cleaner with its single chrome bar centered in the grille, new headlamps and hood lines. The rear light cluster hasn't changed much, but the lower part of the rear bumper has gone through some redesigning.

Stay tuned for the official release by Mercedes for in detail information.