The sedan looks mighty aggressive for a luxury sedan. 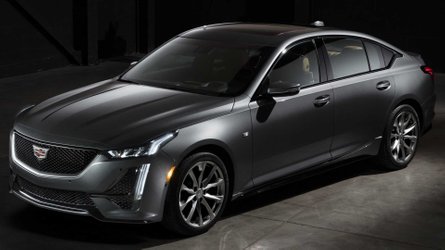 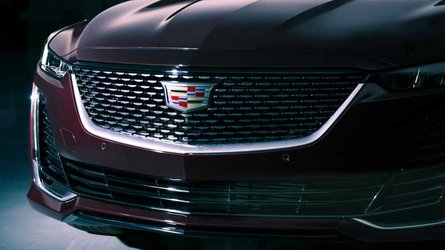 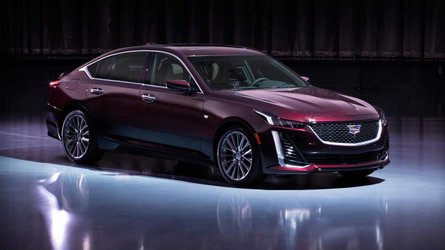 The vehicle looks surprisingly sporty, especially because of the combined power bulge and intake at the center of the hood that appears straight from a muscle car. The front end seems fairly blunt. Despite the location of the camouflage, it seems that the grille actually extends across to the headlights, rather than just taking up a rather small portion of the nose. The skinny headlights are another aggressive touch, and Cadillac retains the vertical LED running lights from existing models, like the CT6.

There's a large sensor and camera at the center of the grille, indicating an advanced driver assistance system onboard. It's likely equipment for Cadillac's Super Cruise system that allows for hands-free motoring and is coming to all of the brand's products with a rollout starting in 2020.

Further details remain a mystery, but the big bulge suggests there's something powerful under the hood. A tune of the 4.2-liter biturbo V8 could be a good fit. The mill produces 550 horsepower (410 kilowatts) in the new CT6 V-Sport and could allegedly pump out 650 hp (485 kW) in the upcoming mid-engined Corvette. 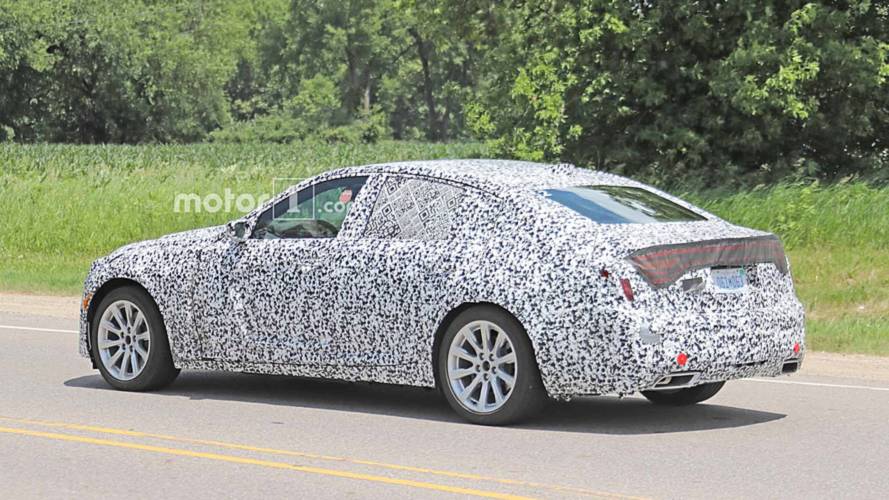 In profile, the engineers attach additional cladding underneath the camouflage to hide the vehicle's shape, so the sedan probably isn't as slab-sided as it appears here. The roof has a gentle downward curve that makes the rear look sleek. The taillights span the entire width back there, and trapezoidal exhausts incorporate into the fascia.

Under de Nysschen's plan, Cadillac's future lineup would have three sedans: a compact possibly called the CT3, this CT5, and the soon-to-be-updated CT6. The crossover range would consist of the XT4, XT5, upcoming XT6, and Escalade.