Lotus' prize-money in doubt due to naming dispute? 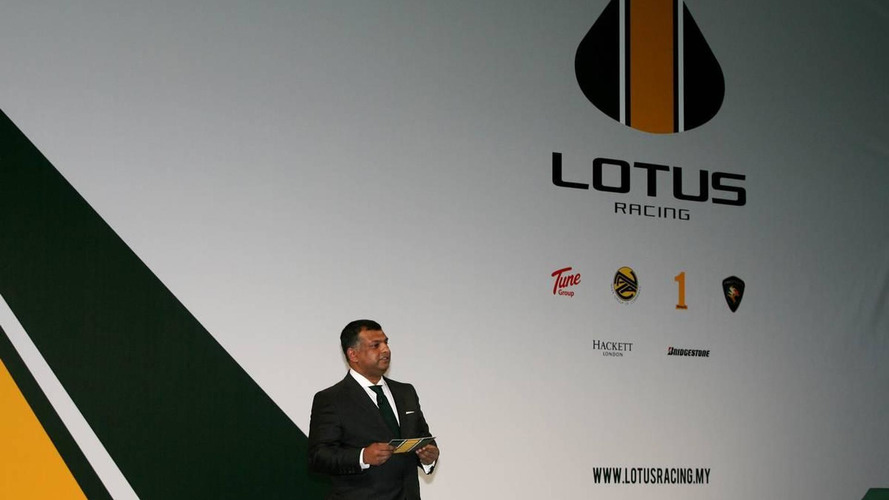 The F1 team currently known as Lotus might forgo its official Concorde Agreement prize-money for finishing the 2010 championship in tenth place if it is forced to enter next season with a completely different name.

The F1 team currently known as Lotus might forgo its official Concorde Agreement prize-money for finishing the 2010 championship in tenth place if it is forced to enter next season with a completely different name.

That is the claim of the Finnish newspaper Turun Sanomat, amid the highly convoluted dispute involving Tony Fernandes' team and the entirely separate Group Lotus.

Also separate is David Hunt, the brother of 1976 world champion James Hunt who for years has separately held the Team Lotus brand.

He recently sold it to Fernandes, whose naming license courtesy of Proton-owned Group Lotus had been revoked. The affair is now the subject of proceedings in the British High Court.

In an interview with journalist Peter Windsor, Hunt is quoted as admitting he is "infuriated" with Group Lotus.

"I believe they are counting on it never reaching the court hearing and a 'Malaysian settlement' resolving 'ownership' of Team Lotus in their favour," he said.

But Hunt also said there are now "difficulties" between himself and Fernandes' group, who have "threatened legal action".

A fascinating side-note is that Group Lotus is looking to enter F1 in collaboration with Renault, with a title sponsorship that could result in the team being renamed Lotus-Renault.

But, now with a customer engine deal with Renault in place, Fernandes also wants his team to be called Lotus-Renault in 2011.

It is a fascinating stand-off, particularly in view of the fact that F1's Swiss based team had to go on calling itself BMW-Sauber this year long after the departure of the German carmaker.

There is therefore likely to be great interest surrounding forthcoming meetings of the F1 Commission and World Motor Sport Council, regarding the application of team names for the 2011 season.

"I certainly hope they don't give in and I'm comforted that Tony has confirmed to me again over the past few days that they will fight it all the way in court," he said.

He suggested that one possible resolution is to take back ownership of 'Team Lotus', deal with the Group Lotus legal action himself, and simply issue a naming license to Fernandes.

"That would free him up to focus on delivering results on track and the fans would see the true DNA of Colin Chapman's F1 legacy on the grid next year whilst I sort out the legal side," said Hunt.

Gallery: Lotus' prize-money in doubt due to naming dispute?