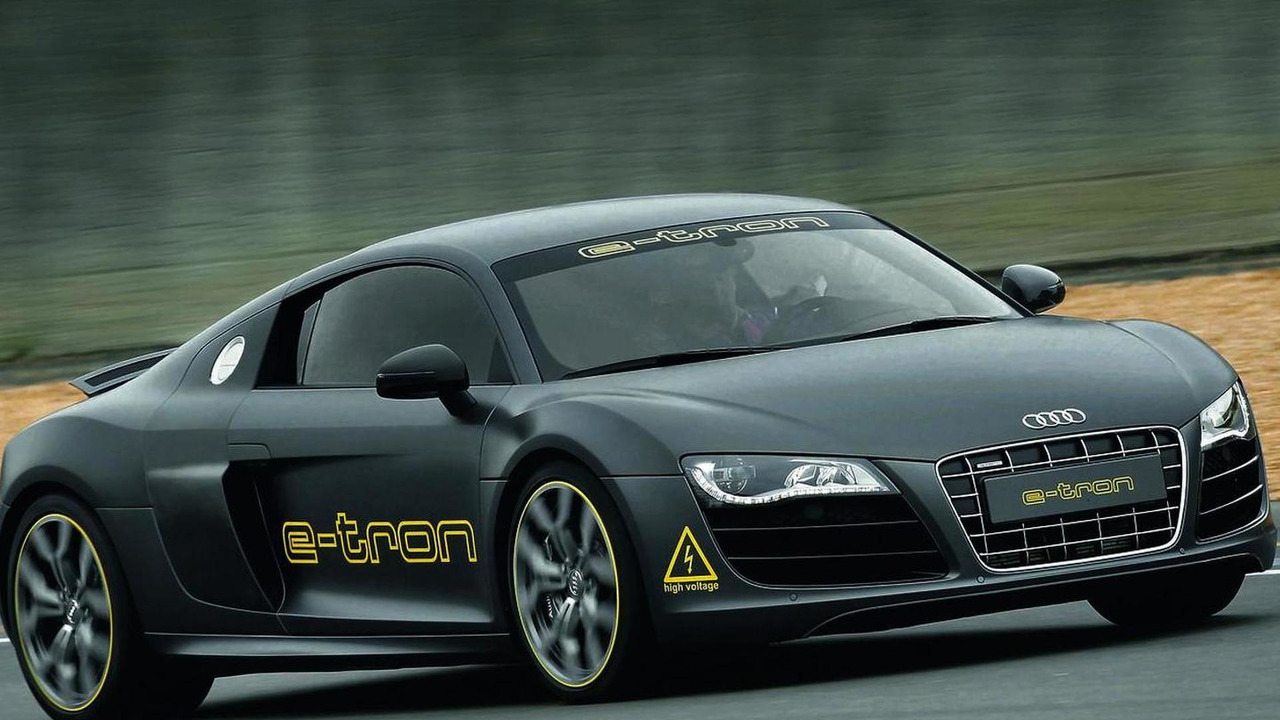 Audi has announced plans to launch the R8 e-tron in late 2012.

Power comes from a liquid-cooled lithium-ion battery which sits directly behind the passenger compartment. Thanks to this layout, the R8 e-tron has 42:58 weight distribution which is identical to the R8 5.2 FSI.

Furthermore, the 550 kg (1213 lb) battery stores 53 KWh of energy which enables the car to have a range of up to 250 km (155 miles). Once depleted, the battery can be recharged in six to eight hours with a standard household outlet or two and a half hours with a rapid charger.

Those fearing the R8's stellar handling will be ruined, can rest assured as Audi informs us the car weighs 1600 kg (3527 lb) and has a 70% rear power basis. However, when a slip occurs, power can be sent to the individual wheels with the most traction. A further extension of this can be seen in the car's torque vectoring capability which allows for "elective acceleration of individual wheels and therefore active distribution of torque." Audi contends that this will virtually eliminate the effects of oversteer and understeer.