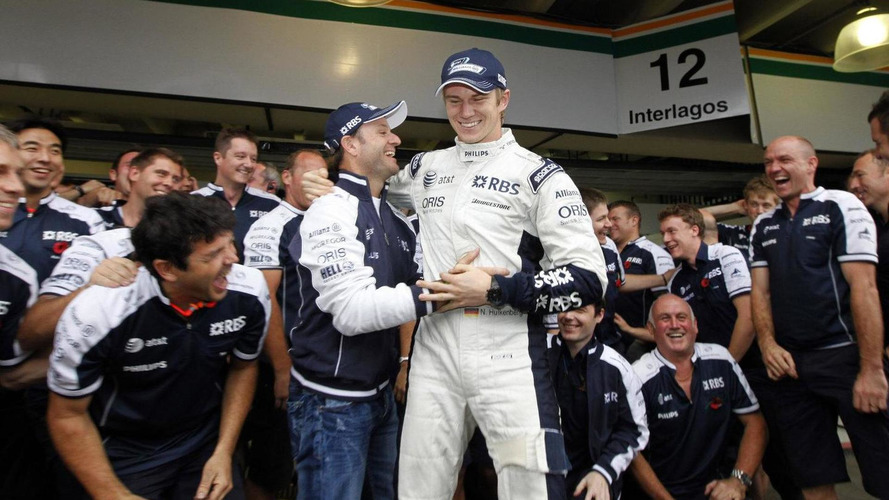 Sir Jackie Stewart thinks the only uncertainty surrounding Nico Hulkenberg's future is that Williams could lose him to a richer team.

Sir Jackie Stewart thinks the only uncertainty surrounding Nico Hulkenberg's future is that Williams could lose him to a richer team.

Despite the 23-year-old achieving his maiden pole position in Brazil, the British team is reportedly considering replacing the German rookie for 2011 with Venezuelan pay-driver Pastor Maldonado.

But triple world champion Sir Jackie Stewart, who was in the Williams garage when Hulkenberg captured pole at Interlagos in his role with sponsor RBS, doesn't think so.

Rather, the Scot thinks Hulkenberg will now be in the sights of the bigger teams.

"I would be very surprised if he is not taken. The biggest chance he has now is of being grabbed by a more affluent team, not the risk of not having a drive," Stewart is quoted by gpweek.com.

"He is never going to be without a job."

Indeed, there are signs now that Williams intends to keep Hulkenberg. In an official press release, technical boss Sam Michael described his performance in Brazil as "exceptional".

And in a news report posted on the Williams website on Monday, team founder and principal Sir Frank Williams used the same word to describe Hulkenberg's latest performances.

Meanwhile, Maldonado has been scheduled for three days of post-season testing with HRT, the back-of-the-grid team that recently became a buyer of Williams' gearbox for 2011.