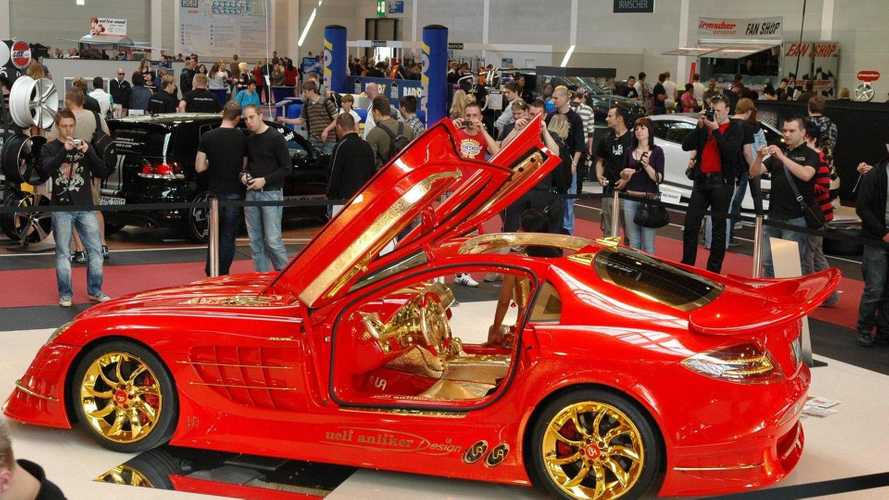 5 kg of gold and and around 600 rubies adorn this McLaren SLR. The jewelry-encrusting is the work is Swiss auto designer Ueli Anliker.

This car first appeared at the Tuning World Bodensee in May but you may have missed it then. Now, it's headed to the Dortmund MY CAR tuning show this week.

This is the McLaren SLR 999 adorned with a gold-plated finish of more than 5 kg.

The gold-laden McLaren is the work of Swiss auto designer Ueli Anliker, who's been doing this kind of jewelry-encrusting onto cars for 35 years. The "tuning" job also includes 600 rubies, some of which measure up to 35 mm in diameter.

The car's value is estimated by insurers at 5 million Swiss Francs (€3.7 million/$5.2 million) but that doesn't include the more than 30,000 man-hours of work that went into this project, according to Anliker.

The MY CAR tuning show takes place between 11 and 14 of November in Dortmund, Germany.