2020 Audi A6 Allroad Spied For The First Time 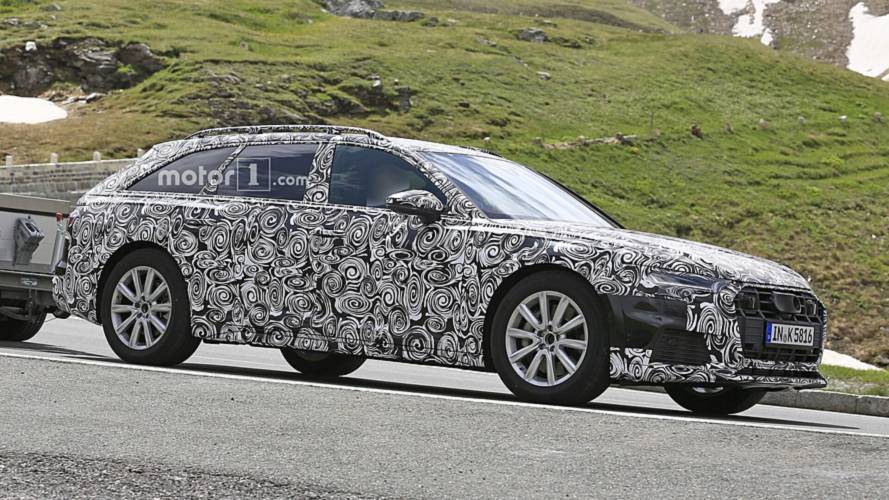 The SUV antidote prescribed by the doctors in Ingolstadt is getting ready for a new generation.

It certainly has been a busy week thus far in terms of spy shots and it’s only Wednesday. Our latest batch might tempt you to believe this is nothing more than a regular Audi A6 Avant prototype still carrying camouflage, but it’s actually the next-generation Allroad version currently being tested in the Alps.

The disguise does a good job at hiding the typical Allroad cues, such as the extra plastic body cladding, but look closer and you’ll notice the beefier wheel arches reserved for the more rugged version of the big wagon from Ingolstadt. Having seen the standard Avant, it’s fairly easy to figure out how its jacked-up counterpart is going to look like once the disguise will come off, probably in 2019.

Going up against the Volvo V90 Cross Country and the Mercedes E-Class All-Terrain, the new Quattro-equipped Audi A6 Allroad will inherit most of the hardware from the standard A6 Avant from where it will also borrow the cavernous trunk. With the rear seats in place, the regular wagon can hold 565 liters (20 cubic feet) while folding down the 40:20:40-split bench will extend volume to 1,680 liters (59.3 cubic feet). It should be a similar story with the Allroad, but with the added versatility granted by the raised suspension.

Aside from the plastic body cladding, new wheels, and the increased ride height, another difference between the two models will be the roof rails. Not that many people will notice, but the ones on the Allroad sit higher whereas the Avant’s have a sleeker look to better maintain the car’s gorgeous lines.

The Allroad isn’t the only A6-based derivative Audi is currently testing as spy shots have shown the Four Rings are also working on the S6 Avant and the mighty RS6 Avant. We’ll see all of them in production guise before the end of the decade, following the debut of the standard A6 Sedan and A6 Avant earlier this year.