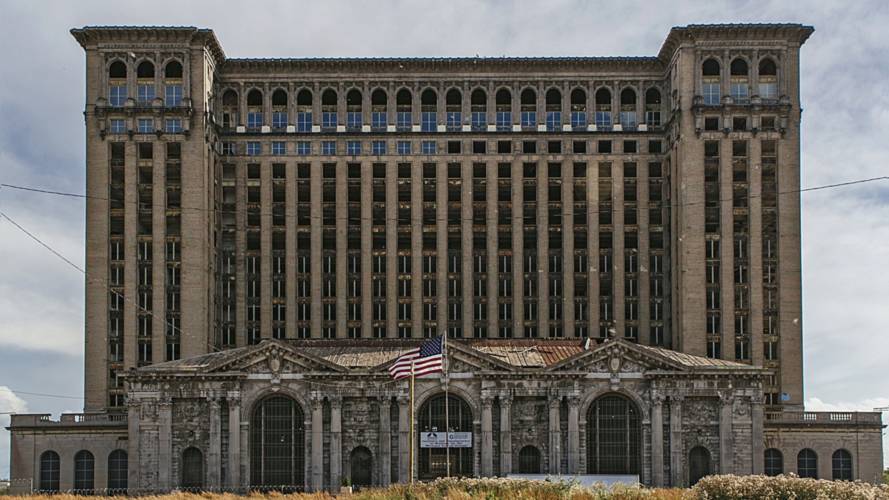 Michigan Central Station has sat dormant since 1995, but now it’s getting a new lease on life.

Ford has a new home in Detroit. The Dearborn, Michigan-based automaker finalized a deal with owner Matthew Moroun on Monday morning to take ownership of the long-abandoned, 18-story Michigan Central Station, which has sat dormant since 1995.

The historic building, located in the Corktown neighborhood of Detroit, will now be home to Ford’s advanced automotive technology campus. Along with Michigan Central Station, Ford purchased an adjacent Detroit school book depository also owned by the Moroun family which it plans to renovate. The list price for the sale of both buildings was not disclosed, but Ford promises to announce all official details on June 19.

"The deal is complete," Matthew Moroun said in a statement to the press earlier in the week. "The future of the depot is assured. The next steward of the building is the right one for its future. The depot will become a shiny symbol of Detroit's progress and its success."

The sale, which had been reported since early March, was first proposed back to the Moroun family privately in October. Matthew Moroun told reporters that Ford’s takeover was a "golden opportunity" for the historic station, which was first erected in 1914 and acted as a central transportation hub in the city until 1988.

Since its takeover by the Moroun family in 1995, multiple projects were proposed for the space. A $1.2-billion convention center and casino was among the first serious propositions, followed by rumors of a takeover by Detroit Police in 2004, and Michigan State Police later in 2010. Renovation estimates have ranged from $80 to $300 million in recent years. Assuming Ford goes all out in its proposed advanced technology campus, expect that number to be even higher.