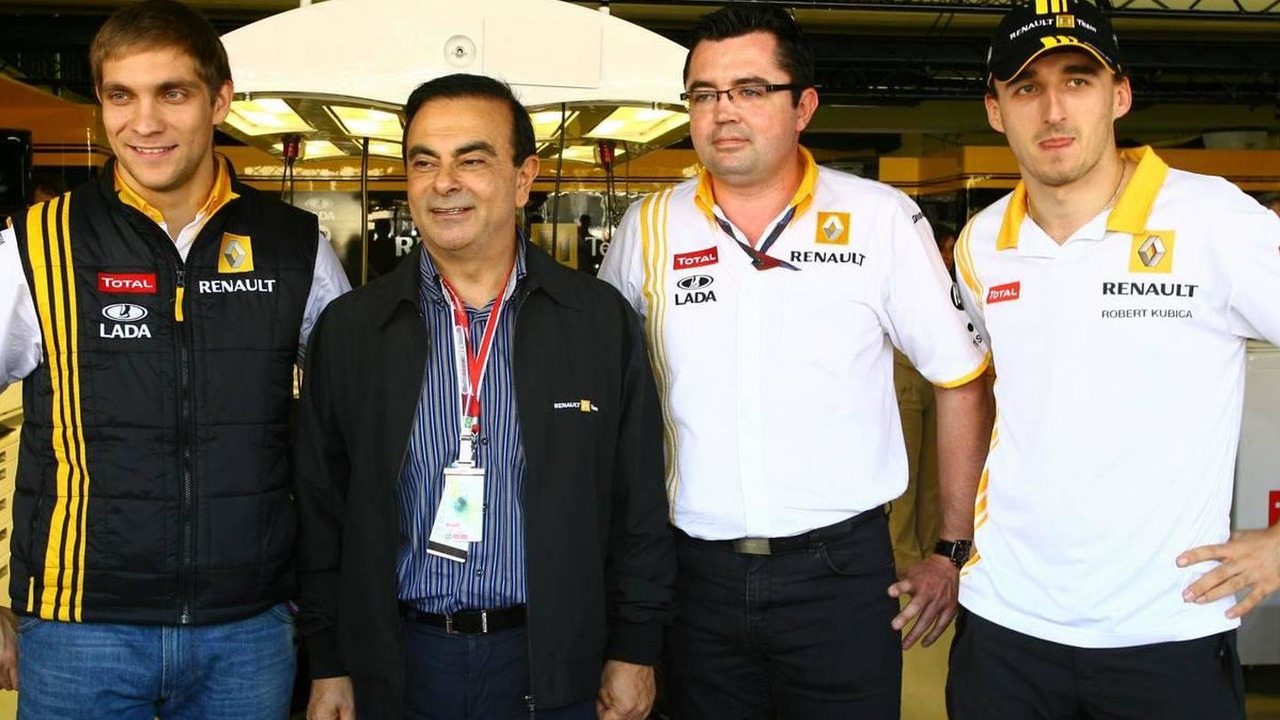 Carlos Ghosn has admitted there are moves afoot to change the nature of French carmaker Renault's association with the F1 team that currently bears its name.

Carlos Ghosn has admitted there are moves afoot to change the nature of French carmaker Renault's association with the F1 team that currently bears its name.

The marque's president attended Sunday's Brazilian grand prix amid rumours Renault is set to further distance itself from F1 as Group Lotus looks to get involved with the Enstone based team.

But Ghosn said Renault has actually expanded its involvement as an engine supplier by agreeing a deal with 1Malaysia for 2011, and said the carmaker will continue to be involved with both the engine and chassis at Renault F1.

"Beyond this, there may be financial agreements, marketing agreements, to suit our interests," he is quoted by Auto Hebdo.

"There may be some developments, but for the moment there is nothing," added Ghosn.

"What I can tell you is that, increasingly, we will be technology suppliers to many teams that are involved in formula one," he said.

Amid rumours Renault F1 could become Lotus-Renault in 2011, Ghosn also left the door open for a change of team name.

"Name changes are everywhere," he said. "The key is to preserve the Renault name. Apart from Renault F1, yes, there may be other associated names.

"We don't want to give the impression that we are an exclusive team. We are now developing our technology with multiple teams," added Ghosn.

As for whether Renault SA might sell more of its minority stake in Renault F1, he answered: "I am not going to give a running commentary about discussions that have or have not occurred.

"But everything concerning our financial participation in this team or another, is tactical. We are not in F1 to have a particular team but to promote the name and the technology of Renault.

"We will do whatever is necessary to do so at a lower cost and less investment. We will not put in more resources that is necessary for that purpose.

"What is important is the expansion of our role as an engine and technology supplier."