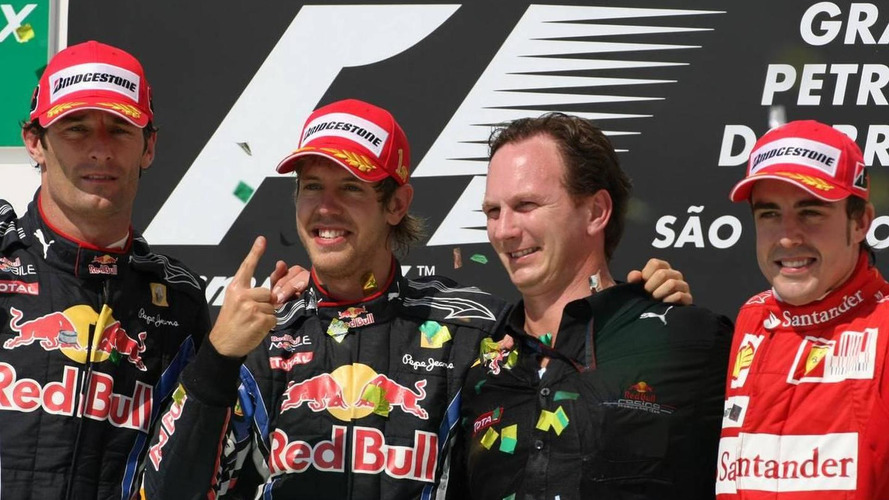 At its sixth attempt having debuted in 2005, Red Bull secured its first constructors' world championship on Sunday at Interlagos.

"To do this after six seasons is great," said team boss Christian Horner on BBC, before mechanics began blaring Queen's 'We Are The Champions' from the speakers in the pit garage.

But the coveted drivers' world championship is still up for grabs, with Mark Webber - who finished second in Brazil - eight points behind Ferrari's Fernando Alonso with just next Sunday's Abu Dhabi finale to go.

But a "1 (point gap) would have been nice," admitted Australian Webber, referring to his spat with his teammate Sebastian Vettel.

He is referring to the fact that, if Red Bull had imposed team orders and moved winner Vettel aside at Interlagos, he would be 7 points further up the road.

But German Vettel and race winner is still in the hunt, 15 points behind, while Lewis Hamilton's 24 point gap means his is only a remote mathematical chance of a second title.

"If we're not quick enough here, we won't be quick enough in Abu Dhabi," said the downbeat Briton, who finished fourth on Sunday.

His McLaren teammate and outgoing world champion Jenson Button is now definitely out of the hunt.