Blue skies for race but dark cloud over Brazil GP 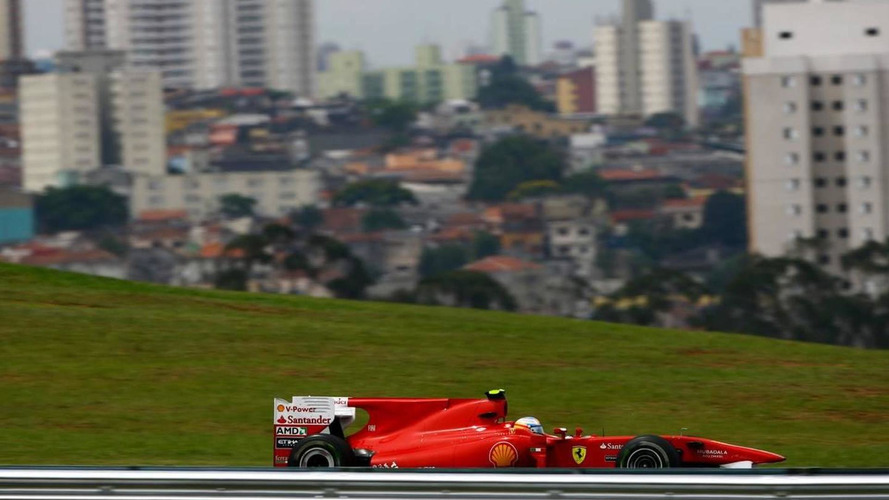 There are blue skies above Interlagos on Sunday morning, but a dark cloud above the future of the Brazilian grand prix.

There are blue skies above Interlagos on Sunday morning, but a dark cloud above the future of the Brazilian grand prix.

While there is no threat of rain falling on race day at the circuit on the outskirts of Sao Paulo, more stories about the threat of armed muggers were doing the rounds in the paddock.

The skilled driver of Jenson Button's bullet-proof Mercedes B-class managed to smash through traffic when threatened by robbers wielding bats and machine guns on Saturday evening after qualifying.

But half a dozen Sauber engineers were reportedly less lucky, having been relieved of their briefcases in the same area on the route from Interlagos to Morumbi.

It is also believed that staff of the sport's management FOM were robbed last week.

A few years ago, a car filled with Toyota personnel was also confronted by men with guns.

The situation has led to an obviously higher police and security presence in and around the circuit on Sunday morning, and rumours that F1 might not return to Interlagos.

Former commentator Murray Walker told the BBC he was the subject of a near-mugging in Sao Paulo some years ago.

Another talking point on Sunday morning at Interlagos is the dubious future of Nico Hulkenberg, with Williams considering replacing him for 2010 with pay-driver Pastor Maldonado.

Michael Schumacher, whose famous manager Willi Weber handles the young German's career, said he is happy that Hulkenberg is starting a race from pole for the first time.

"I hope his masterstroke came just at the right time for him," the seven time world champion is quoted by SID news agency.