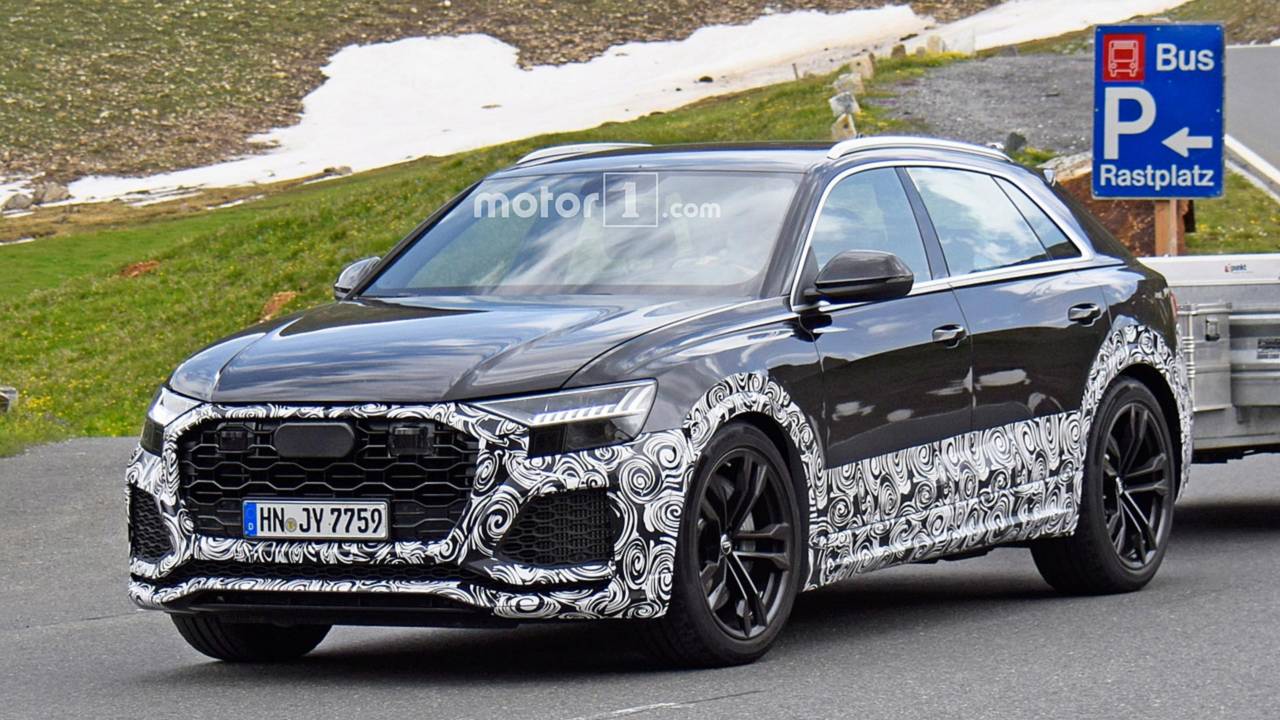 The Q8 is already stylish, and the RS version adds some menace to its suave appearance.

With the new Audi Q8's unveiling over, the Four Rings' engineers can now put a greater focus on finishing development of the high-performance RS version. These shots catch one testing in the Austrian Alps, and this test mule has the least camouflage of any yet. Here, Audi's team only bothers to cover the RS-exclusive parts.

Despite the camouflage, it's clear that the RS Q8 looks quite mean. At the nose, there's a new grille insert with a hexagonal pattern, and the corner intakes are more open than on the standard car. In profile, the wheel well trim appears to flare outward slightly more, which lends a sporty appearance. The gargantuan brakes should help slow down this big SUV, too. At the tail, Audi installs a pair of large, oval exhausts, and a revised lower fascia spans the area between them.

The RS Q8 allegedly shares the biturbo 4.0-liter V8 with the Lamborghini Urus. The output in the Audi isn't yet known, but the mill produces 650 horsepower (484 kilowatts) in the Lambo. It's quite an upgrade over the current range-topping 3.0 TFSI with  340 hp (253 kW). Expect high-tech goodies to accompany the big boost in horsepower, including the latest version of Quattro all-wheel drive and even smarter dampers than the adaptive air suspension available on the standard Q8.

These photos don't let us see inside the RS Q8, but the regular model already offers a cutting-edge setup with a digital instrument cluster and a pair of touchscreens on the center stack. Look for sporty touches on the RS like heavily bolstered seats and carbon fiber trim.

The RS Q8 might debut before the end of the year, but don't expect to put one in your garage until next year. Audi will launch the standard version of the SUV in parts of Europe in the third quarter of 2018, and it won't arrive in the United States until 2019.