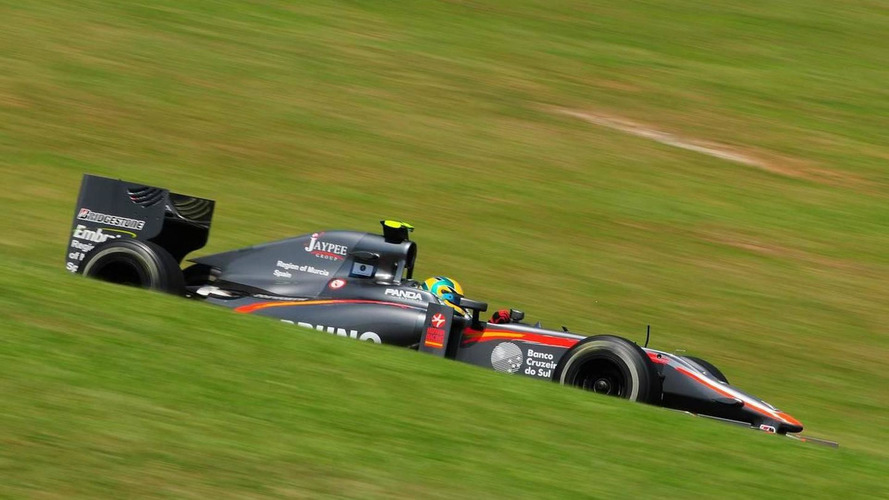 HRT is ready to announce some important news about its future, team boss Colin Kolles confirmed at Interlagos on Friday.

HRT is ready to announce some important news about its future, team boss Colin Kolles confirmed at Interlagos on Friday.

Earlier at the Brazilian circuit, Bernie Ecclestone said one of his contacts - "a financial backer" - is getting involved with the struggling Spanish team.

"There should be some (press) release very soon," Kolles confirmed to Reuters. "I think Mr Ecclestone knows what he is saying."

Indeed, he said "a few" announcements are scheduled for the following days, amid speculation the team is set to use the services of Cologne based Toyota Motorsport.

Another of the possible announcements, to tie up with the gearbox deal with Williams, is the employment of the British team's Finnish test driver Valtteri Bottas.

Williams co-owner Patrick Head was not aware of that, while Kolles said: "I think Valtteri is a very talented driver but maybe there is also some other driver who will be driving our car."