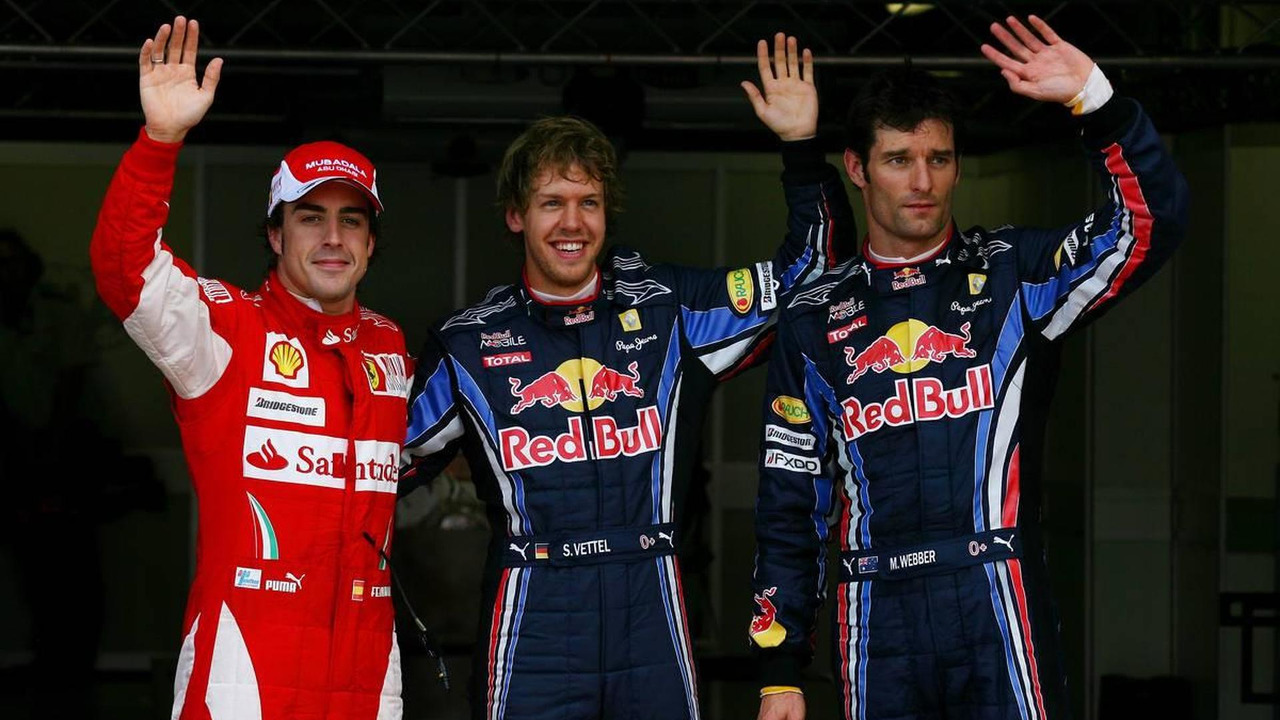 Fernando Alonso has admitted cheekily that he fully backs Red Bull's apparent reluctance to adopt a strategic approach to the 2010 championship showdown.

Fernando Alonso has admitted cheekily that he fully backs Red Bull's apparent reluctance to adopt a strategic approach to the 2010 championship showdown.

At Interlagos on Thursday, the comments of Red Bull team members Mark Webber, Sebastian Vettel and boss Christian Horner appeared to reflect a lack of harmony and agreement about how to approach the final two races of the season.

At Ferrari, championship leader Alonso is being fully backed by Ferrari and his teammate Felipe Massa, and the Spaniard admitted that he is enjoying the situation unfolding at Red Bull.

"We are focused on ourselves and not what our rivals do," he is quoted by El Pais newspaper.

"But I think Horner, the director of Red Bull, has very clear ideas about equality in that team. And I hope it stays that way," said Alonso wryly.

Vettel appeared to confirm his total reluctance to adopt a supportive approach with a mocking comment in the German press that has reportedly angered his Australian teammate.

When asked if he is going to help Webber this weekend, he answered: "I don't go onto the track to provide first-aid to someone.

"I think there are enough ambulances around the circuit for that."

Pedro de la Rosa, however, thinks Red Bull is erring by not recognising an eventual need to focus on how best to win the coveted drivers' title.

"A team approach is essential in F1, as it is in cycling for example," he told AS newspaper.

"In F1 obviously you can't go for only one driver from the first race, but after 75 per cent of the championship I think you have to be looking at that."

"I really think that he (Vettel) should be helping a bit now, as Massa is with Fernando.

"Team orders are banned, but that they are used by all the teams I don't think needs to be talked about.

"I think Fernando is the favourite for the title," the Toro Rosso driver is quoted by Marca.