Giving up title now would be 'stupid' - Vettel 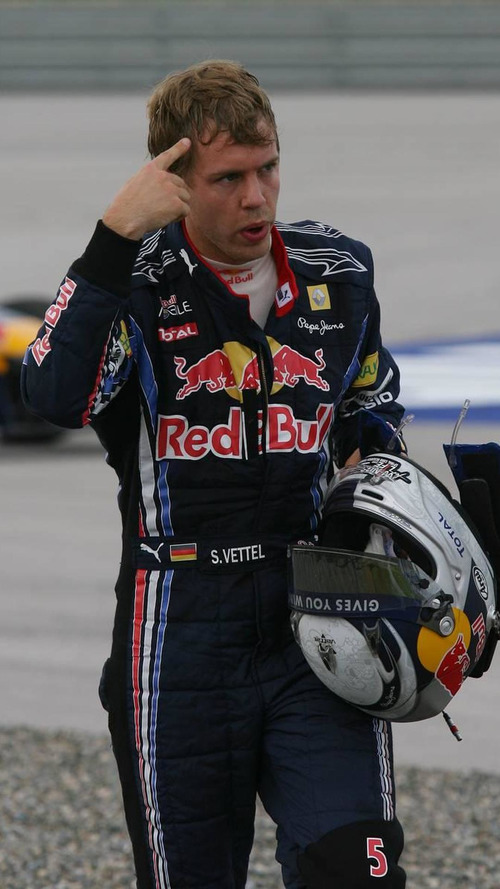 As the 2010 world championship battles heats up, so too is the competitive rivalry between Red Bull's teammates.

As the 2010 world championship battles heats up, so too is the competitive rivalry between Red Bull's teammates.

Mark Webber and Sebastian Vettel are openly not friends, but with just two races to go this season and 14 points between them, some believe Vettel should now be helping his Australian teammate to the title.

"I am not giving up," 23-year-old German Vettel said on Thursday in an interview with the DPA press agency.

"It would be stupid to give up the belief in the title. I will continue to fight," he promised.

Vettel was asked whether he has a cooperative "deal" in place with Webber as the season winds down.

"That is too far away," he answered. "I must just concentrate on my performance."

Earlier this week, Webber indicated Vettel is only regarded as the team's "superstar" because of his young age.

Vettel's apparent rejoinder is a barb about the pair's exits from the recent Korean grand prix, with Webber crashing and Vettel retiring with an engine failure.

"Let's put it this way: I would have been far more disappointed if I had thrown away the car over a personal fault," said the German.

He said he is not worried about losing the support of his team in deference to Webber.

"I know that my team supports me and that I don't have to be worried," answered Vettel.

Gallery: Giving up title now would be 'stupid' - Vettel