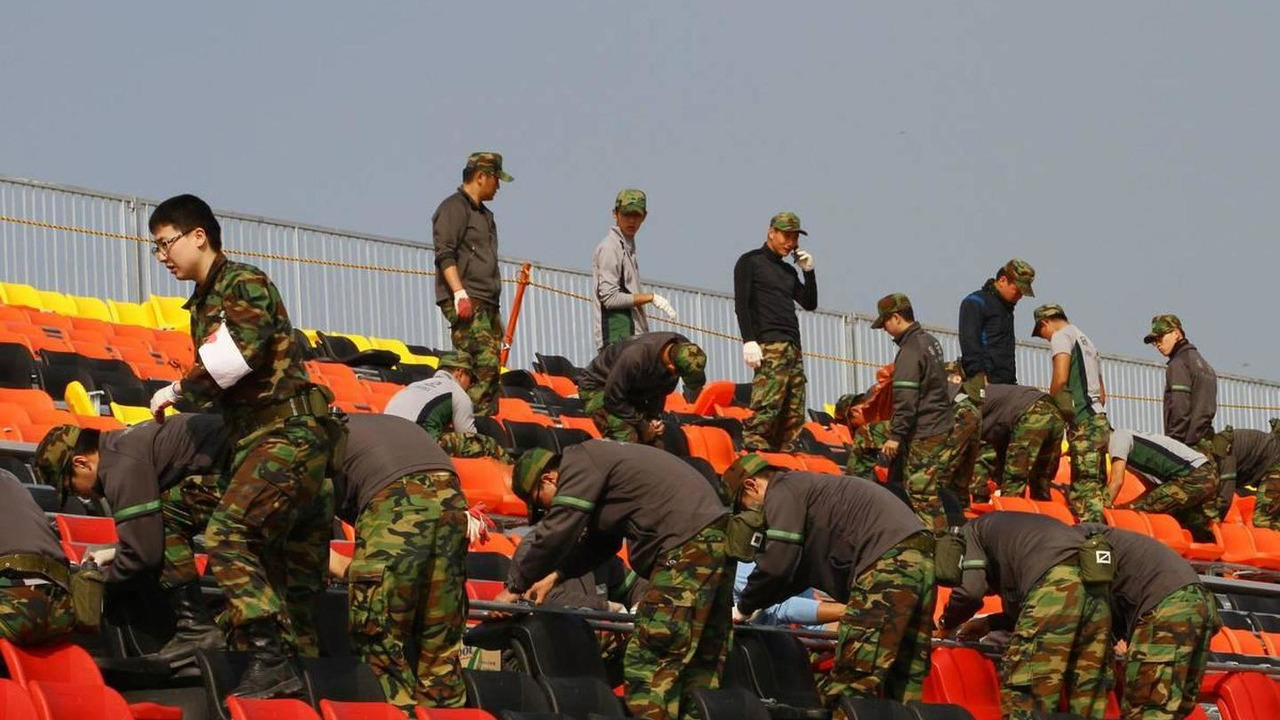 The inaugural running of last month's Korean grand prix has been brought into question with a piece of emerging news on Thursday.

The inaugural running of last month's Korean grand prix has been brought into question with a piece of emerging news on Thursday.

Although F1's FIA inspectors cleared the bespoke venue in Yeongam for the October 24 event, it has emerged that state inspectors have deemed mobile stands unsafe for an international F3 race scheduled for late November.

Organiser Barry Bland said in a statement: "(Local promoter) KAVO have had to cancel the (event) due to Force Majeure."

He said the reason was a "legal technicality with the circuit", and a KAVO spokesman told AFP news agency that the cancellation is due to "delayed approval from inspectors".

The spokesman Kim Jae-Ho said the decision will not affect next year's Korean grand prix, unconditionally scheduled on the 2011 calendar for 16 October.

"We will do our best to build complete mobile stands," he said.

"Compared to the lack of experience, we believe the first F1 race was staged in a satisfactory way, but we need to make perfect preparations for the F3 race next year," the spokesman added.